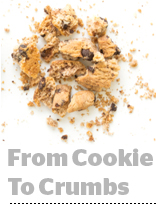 Down, But Still Substantial

Verizon’s media biz dropped 5.8% YoY in Q4 2018 – bringing it to “only” $2.1 billion in the quarter. Verizon Media (née Oath) has disappointed this year. “Certainly, when you see -6.9% revenue growth in 3Q and -5.8% in 4Q, it wasn’t as much of a contributor to earnings as we would have liked it to be last year,” said CFO Matthew Ellis during Verizon’s earnings call on Tuesday. Verizon’s “assumption,” he added, is that the Media Group will make progress in 2019 and hopefully contribute to earnings. “They’ve got some good plans on the business, and we now need to execute on those,” Ellis said. “And that will impact earnings in a positive way as well.” There wasn’t much else about Verizon Media Group during the call, but here’s the release.

The largest online ad platforms have fended off scandals and regulators for more than a year, as well as stock market declines and cuts to advertising profit margins. But don’t hold your breath if you’re waiting for these challenges to trip up Google’s or Facebook’s earnings. A better barometer for the walled garden platforms is the overall economy, according to Bloomberg, since Google, Amazon and Facebook win as long as people shop and spend more online. “Facebook is definitely the one that’s caught the most blow-back,” says Andy Taylor, Merkle’s associate director of research, “but we really haven’t seen a shift in advertiser attitude toward the platform.” And Google and Amazon’s search growth is ironclad – at least until the two start competing more directly for budgets. More.

Over in linear TV land, it’s a different story. The Big Four networks – ABC, CBS, NBC and Fox – lost a combined 27% of their 18-49 year-old-viewers over the past two years when measured using Nielsen’s C3 ratings. That translates to a yearly loss of roughly 845,000 viewers in the coveted demo, or 2.6 million viewers total, Ad Age reports. Network by network, ABC and NBC both saw ad deliveries drop 30% over the past two years, while CBS was down 34% and Fox was down a bit less at 16% (thanks to a slight bump from “Thursday Night Football”). But shrinking viewership numbers haven’t deterred buyers, which means the price per unit is going up. More. Related: As more viewing moves over-the-top, agency buyers, not ready to fully change their buying strategies, are looking at CTV as a complement to linear, not a replacement. More at Digiday.

Since Apple introduced the Intelligent Tracking Prevention policy last year to limit tracking on Safari, other browser operators have been upping their pitches on ad-blocking and security. Google’s Chrome will introduce ad format restrictions this summer and it’s disabling some third-party extensions that interfere with page content (i.e., independent ad blockers). And Mozilla just published a Firefox update to “curtail tracking techniques that are used to build profiles of users’ browsing activity.” Read the blog post. Tactics such as device fingerprinting or “supercookies” allow vendors to identify audiences based on browser and device data, including battery and clock format, operating system and IP address, without needing the first-party cookie or device ID that browsers consider acceptable forms of user tracking.