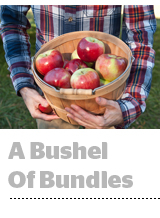 A lawsuit filed by Williams-Sonoma against Amazon in December demonstrates the ecommerce platform’s ability to replicate and overwhelm rival product lines. Williams-Sonoma is relatively strong online, with ecommerce accounting for the majority of sales, and its furniture business West Elm is thought to be insulated from Amazon. But near clones of West Elm items have gotten top billing on Amazon’s owned media, Hal Singer, managing director of Econ One Research and a senior fellow at the George Washington Institute for Public Policy, writes for Forbes. Additionally, he argues Amazon has used its search knowledge to box West Elm out of Google by bidding up the price of West Elm’s strongest organic search terms. More.

Apple has reportedly considered launching a video game subscription offering, Cheddar reports. The product could incubate exclusive games for the App Store and would give developers a larger cut of revenues. But a good deal for developers doesn’t guarantee traction. Most games are free to download and make money off small in-app transactions. “It’s unclear how much the subscription will cost or what kind of games Apple will offer. The service is still in the early stages of development, and Apple could ultimately decide to abandon it.” More. Cheddar’s report follows a string of rumors suggesting Apple is tiptoeing into content subscriptions, including a streaming TV skinny bundle and a news package. The company acquired digital subscription service Texture in 2018.

A year and a half after its launch, Facebook Watch is still more watch-and-see than must-watch. After wooing publishers initially with promises of huge production budgets, Facebook is having trouble finding audiences and filling out its programming, Bloomberg reports. And the experience is cluttered with ads, including banners and pre-rolls which Facebook CEO Mark Zuckerberg previously stated would not run on Watch. Facebook is a video advertising giant, doubling YouTube in total video revenue, according to eMarketer estimates. But Watch accounts for just 1% of Facebook’s video ad sales. “We just haven’t figured out how to make it a superpower of ours,” says Matthew Henick, Facebook’s head of content strategy and planning. More.

WPP’s feud with founder and former CEO Martin Sorrell isn’t quite settled yet. After scrutinizing expenses made by Sorrell over several years, the company asked its former chief to pay back $219,000 he owed for using company funds to purchase items for his apartment, cover travel expenses for his wife and child and go on ski trips, The Wall Street Journal reports. Sorrell paid the requested sum but WPP is still investigating additional improper spending. The media mogul is still meant to receive a deferred bonus from WPP negotiated in his exit package, but that could change if the board finds he has committed “willful gross misconduct” resulting in “material economic harm to the company.” WPP lawyers argue that his constant trash talking of the company – he described it as “a car crash in slow motion” at an October press event – and unsolicited criticisms of his successor Mark Read could jeopardize his payout. More.