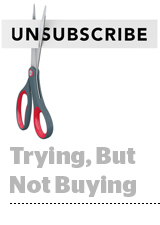 Viacom will acquire free, ad-supported streaming service Pluto TV for $340 million. The standalone app, which reaches 12 million monthly users primarily on connected TVs, will give Viacom a new audience to sell and a distribution channel for its content library. It’s a notably different streaming model than the subscription video bets being made by Netflix, Amazon Prime and the skinny bundle crowd. “(W)e see significant white space in the ad-supported streaming market and are excited to work with the talented Pluto TV team, and a broad range of Viacom partners, to accelerate its growth in the U.S. and all over the world,” Viacom CEO Bob Bakish said in a statement. Axios has more.

Netflix has flexed its promotional skills lately, spiking the football after it released the movie “Bird Box” and now showing it can turn a floundering cable show into a streaming hit practically overnight. At least that’s what happened to the Lifetime drama “You,” which was cancelled after bringing in meager ratings in the fall of 2018. But since the show began streaming on Netflix on Dec. 26, it’s drawn in more than 40 million accounts. Many viewers, younger ones especially, have no idea the show wasn’t a Netflix Original, the show’s producer, Greg Berlanti, tells The New York Times. “It went from being one of the least-watched shows I’ve ever worked on and been most proud of – and I’m choosing to take Netflix at their word on this – to being the most-watched show I’ve ever worked on in twenty-something years of being in the business,” he says. Netflix will begin production on a second season of “You” next month. More.

Mastercard introduced a new service to oversee free trial subscription offers, which are “becoming the new norm” for ecommerce merchants, according to a company blog post. With the new policy, brands must now re-engage the cardholder and get approval or Mastercard will nix the subscription after the trial period. The new credit card feature only applies to physical goods, like skincare or beauty products, so shouldn’t be an impediment to media subscriptions like Netflix, Hulu or a news publisher, Cord Cutters News reports. More. Subscription auto-enrollments have been a marketing fixture for generations, but DTC brands and online performance marketing have pushed it to the point where credit card companies can pitch themselves as subscription auditors.

Big digital publishers are creating more video and seeking new distribution channels. Vox Entertainment will triple its production this spring, Digiday reports. And BuzzFeed Studios is out pitching streaming and broadcast distributors. Can they compete with entrenched Hollywood players?  “I don’t see Netflix and other major television networks being slate customers for new media companies anytime soon,” says Peter Csathy, founder of Creatv Media. But even a small licensing deal with a major distributor can translate into a sizable revenue stream. At a minimum, these media companies can expect to gain some fees for “first look” rights. More.