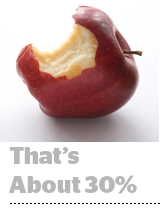 AT&T is advertising on YouTube again after a two-year hiatus. The telco, one of the world’s largest advertisers, pulled spend from the video platform at the height of its 2017 brand safety scandal with a promise not to return until major improvements were made. Since then, YouTube has raised the number of subscribers and views a video must have to sell ads and added more human and machine review. In AT&T’s latest test, the brand ran against zero pieces of offensive content on YouTube, The New York Times reports. More. “I’m thrilled that AT&T is back,” writes Fiona Carter, AT&T’s chief brand officer, in a LinkedIn post. “But I’m also glad that we packed up our ads and walked away in the first place. As powerful as digital platforms are in today’s advertising ecosystem, they can’t be permitted to disempower the brands that use them to reach their customers.”

The Federal Trade Commission is expected to levy a fine against Facebook following its investigation into whether the platform violated a 2011 consent decree, which it brokered the last time Facebook was investigated for deceiving users. The agreement requires Facebook to notify users when data is sold to third parties. The decision would be the first major US government penalty in response to the Cambridge Analytica scandal and Facebook’s user data controversies, and is likely to be larger than the $22.5 million the FTC fined Google in 2012, The Washington Post reports. While the regulator’s exact findings are still unknown, the FTC is likely to release a formal recommendation for a fine soon, which will trigger a vote among the agency’s five commissioners. More.

Apple’s Bite Of The Apple

Apple may be running out of potential new iPhone customers, but the company has touted Services as a new growth engine. Services revenues from mobile subscriptions and transactions are scorching: almost $10 billion in Q4 2018 with an 18% annual growth rate. But the more Apple tightens its grip on developer revenue, the more mobile companies slip through its fingers. “We’ve now started to get investor questions worrying about whether the App Store will be the next shoe to drop,” writes Toni Sacconaghi, tech analyst at the wealth management firm AB Bernstein. Netflix and Fortnite, the top mobile game, ditched iTunes and the App Store to avoid Apple’s 30% cut, following in Spotify’s footsteps. Apple isn’t sweating the loss of a few companies in the ecosystem, CNBC reports. Netflix is Apple’s single largest developer, but represents less than 0.3% of Services revenue. Apple is more concerned about a pending Supreme Court case that could open its Services revenue to antitrust charges. More.

Disney is learning the costs of owning streaming services – and this is even before its Disney+ product enters the market. Hulu and BAMTech, which powers Disney’s DTC streaming services, led to a combined loss of more than $1 billion between September 2017 and September 2018. So what happened? According to an SEC filing, Hulu accounted for about $580 million in losses, due to “higher programming, labor and marketing costs, partially offset by growth in subscription and advertising revenue.” And Disney’s consolidation of BAMTech led to greater programming and production costs and higher operational costs around tech support and distribution – to the tune of $469 million. Basically, if you wanna own it, you gotta pay for it. More.