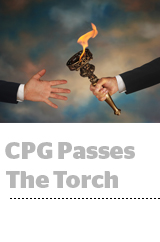 The number of cord-cutter households has jumped 50% to 16 million in the past eight years, according to a Nielsen study. That means 14% of Americans are watching TV over-the-top as more people ditch their cable subscriptions for cheaper streaming devices. Nielsen divides cord-cutters into two profiles: 6.6 million homes with a median age of 55 who do not have a streaming subscription, and 9.4 million homes with a median age of 36 that subscribe to at least one SVOD service. The older group watches more TV per day (six hours compared to four hours), but both groups consume a majority of overall media on a television set, TechCrunch reports. More.

Procter & Gamble has borrowed some marketing tactics from its younger direct-to-consumer rivals. The beauty brand Olay in particular is spending less on television and has “increased [spend] in influencers and using more PR and social media as a key driver,” Marc Pritchard, P&G’s brand chief, tells Digiday. Bringing first-party data into business and analytics is a priority, he said. And the company is working on doing more performance marketing, incorporating data and optimization. “That’s something that we’ve got to upskill larger parts of our organization on.” More.

Speaking of CPG disruption, many of the world’s largest companies are parting with their CEOs. In the past six months, Unilever, Pepsi, Beiersdorf, Reckitt Benckiser and JAB Holdings (owner of Keurig Dr Pepper) have all parted with their chief executives. Extend the time horizon to two years, and Nestlé, Mondelēz and Campbell Soup can be included. The reasons include pressure from activist investors, the Financial Times reports. “One can’t help but feel that an era is ending,” says Martin Deboo, a consumer analyst at Jefferies. “The next generation of managers will need to be digital savvy in way the current ones perhaps could not be.” More.

Microsoft and Verizon expanded their search advertising partnership to make Yahoo search inventory available exclusively through Bing Ads. Bing worked with Yahoo before, but not exclusively; this deal makes Microsoft’s ad platform the gatekeeper to AOL and Yahoo search and for other display inventory in the Verizon Media Group (formerly Oath), such as HuffPost, Yahoo News and TechCrunch. More. Bing took AOL’s search business from Google in 2015.