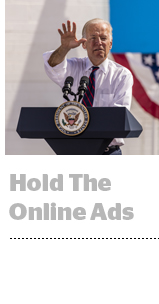 Google plans to use a new internet protocol (DNS over TLS) to improve security in its Chrome browser, and internet service providers are worried. Specifically, they fear Google’s shift to a new standard could change the competitive landscape in Google’s favor. “They fear being shut out from much of user data if browser users move wholesale to this new standard, which many internet service providers don’t currently support,” The Wall Street Journal reports. “Service providers also worry that Google may compel its Chrome browser users to switch to Google services that support the protocol, something Google said it has no intention of doing.” Google has found a rare ally in Mozilla, which is transitioning to the new protocol with its Firefox browser. Marshall Erwin, Mozilla’s senior director of trust and safety, claims the service providers’ concerns are misleading, and that they want to undermine the standard to retain access to DNS data. As the Journal reports, the House Judiciary Committee is looking into the change as part of its antitrust investigation. More.

Joe Biden’s campaign has scaled back online advertising so much that it’s only spending a fraction on Facebook and Google compared to its rivals. That’s an unusual and bad omen, indicating Biden’s candidacy doesn’t appeal to the young voters and activists present on social media, according to The New York Times. “Candidates rarely withdraw so much money from their online campaigns unless they are seeing weak results in online fundraising.” Now, Biden has shifted investment to traditional media (aka TV and direct mail) in states like Iowa – but that strategy isn’t really working either, as rival Elizabeth Warren has overtaken him in state polls. Read more.

Shopify has partnered with Microsoft to let merchants convert site and app visitors directly into audience segments in the Microsoft Advertising platform. It isn’t groundbreaking technology, but the deal makes Shopify the first commerce platform to plug into Microsoft Advertising. Read the release. The partnership also demonstrates how Shopify has strengthened its position (tripling its market cap since the beginning of 2018) by adding ad services and by positioning itself as the go-to independent alternative to Amazon and owned ecom platforms. The partnership may resonate with ecommerce marketers who are liable to feel boxed in by Google, Amazon and the big three marketing clouds, Oracle, Adobe and Salesforce.

Venture firm TCG bought a majority stake in Food52 for $83 million in a deal that values the company at $100 million. TCG was interested in the food media brand because of its diversified revenue strategy across advertising and ecommerce, The Wall Street Journal reports. Food52, which offers readers recipes and home improvement tips, also runs an ecommerce line of cookware products designed with input from readers. It will use the investment from TPG to expand the line into brick-and-mortar stores. “With respect to verticalized digital media companies, we think it’s important for those businesses not to be advertising-based,” said TCG founder Mike Kerns. “We look for diversified business models.” More.