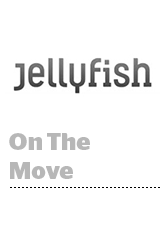 Indie agency Jellyfish expanded its tentacles in Latin America on Wednesday with the acquisitions of digital media companies Reamp and San Pancho. This marks the latest move by Jellyfish to grow into a global network. The price tags weren’t disclosed, but Jellyfish’s workforce grew by 150, with 100 employees from Reamp and 50 from San Pancho joining the team. The 10-year-old Reamp – a programmatic force in Brazil – was one of Google’s first partners in LATAM, reminiscent of Jellyfish’s early days as a Google Marketing Platform reseller. San Pancho’s core team is based in Mexico, but also has an office in Colombia – a first for Jellyfish. “Both companies share the same core values as Jellyfish, have strong partnerships with Google and offer unparalleled expertise, which made joining forces an unequivocal fit,” Jellyfish CEO Rob Pierre said in a statement.

We already know how Dems want to limit big tech. Just read AdExchanger’s coverage of the House antitrust subcommittee’s 449-page report on the topic. Meanwhile, Republicans are fixated on the idea that Facebook and YouTube have it out for them, despite evidence to the contrary, writes CNBC. Republicans, about to unleash their own report, also reject the Democrats’ call for sweeping changes to antitrust law. “In his report, [Ken Buck, R-Colo.] called the Dem proposal ‘a thinly veiled call to break up Big Tech firms,’ making it clear that congressional Republicans won’t vote for the sweeping, groundbreaking changes Democrats are hoping for.” Democrats are more optimistic that legislation will go through. But even if that doesn’t happen, the antitrust committee report functions as a record of questionable business practices. But here’s an important takeaway: Despite partisan squabbling, both sides want to rein in big tech, and the most likely point of compromise might come in the form of funding the DOJ and the FTC in their efforts to scrutinize M&A activity.

Roku and Amazon dominate streaming TV, but the release of Google’s Chromecast interface, Google TV, is designed to make it work better with connected TVs and legitimizes the online giant as a streaming threat, writes Tim Peterson for Digiday. “Whether or not Google outsells Amazon’s and Roku’s CTV devices during this year’s holiday season,” he writes, “Google redoubling its efforts in CTV helps to highlight how flat the CTV playing field actually is and how much ground Google has already covered.” To this point, Google’s CTV presence has been largely overshadowed by its Android TV operating system. But because Google has two CTV platforms, plus YouTube’s TV glass viewership – and because its ad tech powers Disney and CBS – Google’s foothold is quite large.

2020’s been a year of … well, you know. But as Adweek’s Ronan Shields and Andrew Blustein point out, “Google announcing plans to withdraw support for cookies in Chrome is still ad tech’s biggest story.” And it’s hard to stay abreast of everything that’s been going on in the quest for the cookieless future. New proposals keep cropping up – or, shall we say, hatching – in Chrome’s Privacy Sandbox, from the now out-of-favor PIGIN to, most recently, Magnite’s PARRROT, which is not, as the name suggests, a parrot that belongs to the company formerly known as Rubicon, but rather a potential web standard that would allow the publisher, rather than the browser, to retain control of the auction. And, of course, the debate rages at the W3C. Anyway, there’s a lot happening, and Adweek has a good recap of developments since January, when Chrome announced plans to pull the plug on third-party cookies. Read on.