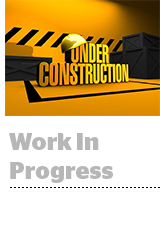 White Ops is now the company formerly known as White Ops. The traffic verification provider is changing its name due to the “toxic association of good and bad with color and race,” wrote CEO Tamer Hassan in a blog post. Hassan said in the post that the decision to change the name wasn’t unanimous, and that some people felt it wasn’t necessary and that company should strive to see past race and color. Ultimately, though, Hassan decided that “color blindness has been replaced with simply blindness.” No word yet on what the new name will be, but Hassan said in a statement sent to AdExchanger that it’s an active work in progress: “The road ahead of us is still a long one, but we are confident that the new name will better represent our values and the industries we protect. When we are ready, we will share the new name.”

Large multinational brands are starting to increase their ad spending – hallelujah. That’s according to the World Federation of Advertisers, which found that 54% of global advertisers are no longer deferring their campaigns. Twenty-one percent say they feel positive about the market and 36% say they feel neutral, which wouldn’t be good news if we were talking about a movie on Rotten Tomatoes, but isn’t too shabby for an industry that’s been experiencing significant dips for most of 2020. Back in June, only 8% felt positive, while 41% were neutral. So, things are looking up … but, even so, actual spend remains lower than was originally planned for the first three quarters of the year, and digital ad spending is the only riser. More. [Related in AdExchanger: “EMarketer Revises Its Digital Ad Spend Forecast Upward (Yes, There’s Actually Some Good News).”]

Welcome To The Stack

Guess there’s some steak to go with the sizzle. Customer data platforms are becoming an integral piece of the marketing stack. In a survey of 101 marketers released on Wednesday by Advertiser Perceptions for Treasure Data, 95% of respondents said that a CDP is either important (37%) or very important (58%) as a tool to help them get value from their customer data. By the same token, roughly the same percentage of marketers (96%) said that they’re still deriving value from their data management platform. Hope springs eternal? [Related in AdExchanger: “Oversold And Overpromised: Marketers Move Away From DMPs.”] And here’s another interesting stat for you: 92% of marketers consider a CDP to be important for their privacy and compliance efforts. That’s a good positioning to have considering all of the regulatory and platform changes coming down the pike.

GroupM’s MediaCom just reeled in a big fish ($190 million!) in the form of Uber’s global media buying and planning business, according to Adweek. “Effective Jan. 1, 2021, MediaCom will be responsible for handling all digital and offline brand media in active markets,” Adweek reports. MediaCom used to handle Uber’s Australian and United States media business, with Omnicom’s OMD handling EMEA and LATAM. It’s worth noting that Uber also has a mature in-housing unit, which it has been building over the past five years.