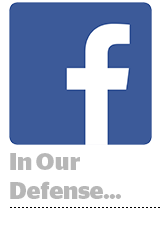 Breaking off Instagram and WhatsApp from Facebook would cost the social media giant billions of dollars, ruin users' experience and erode security, the company argued in a document prepared by Facebook lawyers. With the House Antitrust Subcommittee expected to unveil the findings of its investigation into Facebook sometime this month, the paper offers a preview of Facebook's defense. The company also claims that the Federal Trade Commission's decisions to approve the 2012 Instagram deal and 2014 WhatsApp acquisition without objections should limit current action. Not so fast, said Tim Wu, a Columbia University law professor: “There’s no way a decision on one merger would be preclusive," he said, noting that the reviews reserved the right to revisit the deals later. More.

Yes, Virginia, ecommerce is going to drive a lot of holiday media spending. And that’s great news for the media-selling arms of Walmart, Kroger, Target’s Roundel and probably even CVS Media Exchange. (We all buy last-minute holiday gifts at CVS, for the relative we like the least.) According to Digiday, those retail ad nets will likely start seeing a flurry of activity in the coming weeks because they’re closest to the point of purchase, can offer granular audience targeting and might even let advertisers upload their own data to match. “In general, brand and media spend is going through serious schedule shifting and contingency planning,” Digiday writes, so don’t expect the typical Thanksgiving ad spend spike this year. Consequently, agencies such as 360i are telling clients to dump around 40% of their quarterly budget into October, compared to 24% this time last year. Also, 360i told clients to hold 5% to 10% of their budget for the unexpected, perhaps a surprise stimulus check.

Facebook is wasting no time trying to cash in on Reels, the short-form video TikTok competitor it launched on Instagram in August, The Verge reports. Big Blue will begin testing shopping in Reels later this year as it pursues the company's overarching strategy of prioritizing commerce and payments. In line with that push, Facebook on Monday also expanded shoppable videos across IGTV, and they'll eventually be available through Instagram Shop. That means users will be able to watch an IGTV video, tap on an item they like and buy through the seller's website or use Instagram checkout. Cha-ching.

A Little Birdie Told Me …

Keeping with the inexplicable bird theme, PARRROT (that’s three Rs) is the latest proposal to hit the Chrome Privacy Sandbox. Authored by Magnite, PARRROT (Publisher Auction Responsibility Retention Revision of TURTLEDOVE) would resolve what the spec refers to as “the main outstanding issue with TURTLEDOVE,” which is browser control of the auction. (The original TURTLEDOVE proposal suggested keeping intent data separate from contextual data and running the auction within the browser itself.) PARRROT isn’t the ad industry’s first attempt to tweak TURTLEDOVE. Criteo’s SPARROW spec proposes placing control over auction logic with a trusted third-party. (Who that would be is TBD.) In response, Google released Dovekey that introduces the concept of an independent third-party into TURTLEDOVE. Over the next few months and year to come, we’re likely to see more specs like PARRROT come out as the 2020 Chrome deadline approaches. What we’ll end up with is not yet clear, but one thing is: “We've reached peak bird acronyms,” Paul Bannister, CafeMedia’s chief strategy officer, joked on Twitter. [Related in AdExchanger: “Dovekey Privacy Sandbox Proposal Could Represent A Mini Detente Between Google And Ad Tech.”]