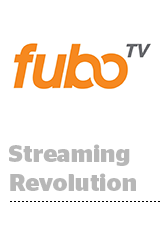 The revolution will not be televised – but it might just be livestreamed. The sports-focused streaming services FuboTV, which merged with Facebank Group in early 2020, filed for a public offering on the New York Stock Exchange, reports Fast Company. According to its S-1, FuboTV expects around 370,000 to 380,000 subscribers for Q3, up 28% from the same period last year. It’s hoping to generate $50 million to $54 million in revenue, the latter figure representing a 38% increase and to price shares between $9 to $11. Other key stats to impress your friends and family: In 2019, FuboTV generated an average of $648 per user annually, up 42% YoY. Ad revenue only made up 8% of pre-merger FuboTV’s revenue — it was $12.5 million in 2019, up 201% YoY. Growth in that sector is a big part of FuboTV’s monetization strategy. And finally, it had 286,128 paid subscribers as of the end of June, a 47% increase from the same period last year, though its quarterly growth rate was down due to COVID-19’s impact on live sports. But, of course, the pandemic is ongoing, and FuboTV concedes that, like everybody else, it can’t accurately predict its future impact.

Supply chain transparency ranks as the No. 1 barrier to programmatic adoption, according to new research from IAB Europe looking into how attitudes toward programmatic advertising are evolving. In particular, advertisers are increasingly demanding clarity on the tech fees charged by their partners. In order to alleviate cost concerns, nearly two-thirds of ad tech vendors say that they’re making investments to offer a more transparent business model. But a lack of transparency isn’t stopping buyers from buying. Programmatic spending is growing like a weed in Europe. IAB Europe estimates that programmatic revenue grew by 23% in 2019, topping 23 billion euros (just under $27 billion). And advertisers are using available industry tools to get more visibility into their buys. For example, the amount of ads.txt inventory buying is on the rise, and 52% of publishers say that they’re able to sell more than 81% of their ads.txt inventory. More.

The CNIL, France’s data protection authority, is recommending that websites keep track of cookie opt-outs for at least six months, Reuters reports (in French). In specifying a timeframe, the guideline is going further than the General Data Protection Regulation (GDPR). Internet users have the right to withdraw their cookie consent at any point. The challenge comes when a user visits a site and doesn’t take any action at all. And that’s because the CNIL considers silence to be an implicit opt-out; it no longer accepts tacic or scrolling consent as a viable form of opting in. This means people who don’t opt in or out when they hit a website will be subsequently untargetable for six months in France. The pronouncement could end up being a “death sentence” for publishers that monetize their sites with advertising, says Hogan Lovells lawyer Etienne Drouard. The ad industry and the CNIL have been sparring ever since the GDPR came into effect more than two years ago. Recently, publishers and ad tech companies won a victory of sorts when the French Supreme Court ruled that the CNIL did not have the authority to ban cookie walls. [Related in AdExchanger: “The CNIL Can’t Legally Forbid Cookie Walls Under GDPR”]