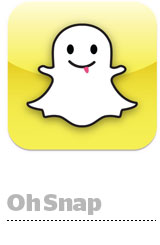 Snap is seeing a boost in user activity but a dip in advertiser spend in the wake of COVID-19.

Daily active users reached 229 million in the first quarter, growing across all regions and on Android and iOS, the company announced Tuesday in its Q1 2020 earnings report. That represents a 20% increase from the year before and a 5% increase over Q4.

Snap’s revenues soared 44% YoY to $462 million on the back of a strong January and February. Its stock was up roughly 20% in after-hours trading.

Ad spend growth rang in at about 58% in January and February but declined to roughly 25% in March, CFO Derek Andersen said during Snap’s earnings call.

“The economic environment has become challenging for many of our advertising partners,” he said.

Still, people are engaging with Snapchat more than ever. Communication with friends was up 30% in the last week of March compared to the last week of January, and average time spent on Snapchat increased 20% during the same period.

Given the uncertainty, Snap declined to give guidance for the rest of the year but pegged Q2 revenue growth at 15% through April 19.

“We’re cautiously optimistic that as we return to some sense of normalcy, we could see the business recover,” Spiegel said.

Snap is continuing to double down on direct response advertisers, especially in categories growing through the crisis such as gaming, home entertainment, CPG and ecommerce. Direct response budgets make up more than half of Snap’s revenue, having doubled over the past two years.

Snap, which reorganized its sales team by vertical last year, has shifted more resources toward these categories during the pandemic, said chief business officer Jeremi Gorman.

“Advertisers are looking for a way to make a dollar go further,” she said. “We have efficient pricing, and we’re a great place to come to get ROAS for the audience they’re looking for.”

In addition to investing in its self-serve ad platform, Snap is seeing an uptick in the use of features such as conversion-optimized bidding, which allows advertisers to optimize toward their sales or app install goals. The platform has lowered its minimum spend requirements and is experimenting with new ad formats for small businesses and local advertisers.

Snap hasn’t forgotten about its brand advertisers: The platform doubled the amount of money committed upfront by advertisers in 2020. More recently, Snap is using its creative services to help brands distribute their PSAs related to COVID-19, such as a filter from Adidas encouraging people across the United Kingdom and Germany to stay at home that was viewed more than 14 million times.

“It’s a tough time for the industry, but we’re very fortunate to have a diversified business,” Gorman said.

“As TV budgets migrate to digital, they move to places that carry the same advantages of linear, and we’ve been investing in those things for years,” Gorman said. “Peter is just the most recent investment in the strategy.”

Snap is also pushing into gaming, which is exploding as people shelter in place. The platform launched five new games globally in Q1, and average daily time spent with games on Snapchat doubled in March as it focuses on interactive game play between friends.

Overall, Snap is suffering along with the broader ad market, but an accelerated shift toward digital communication during the pandemic will only benefit the app in the long term.

“We want to make sure we’re cautious, but we continue to invest for the long term,” Andersen said.