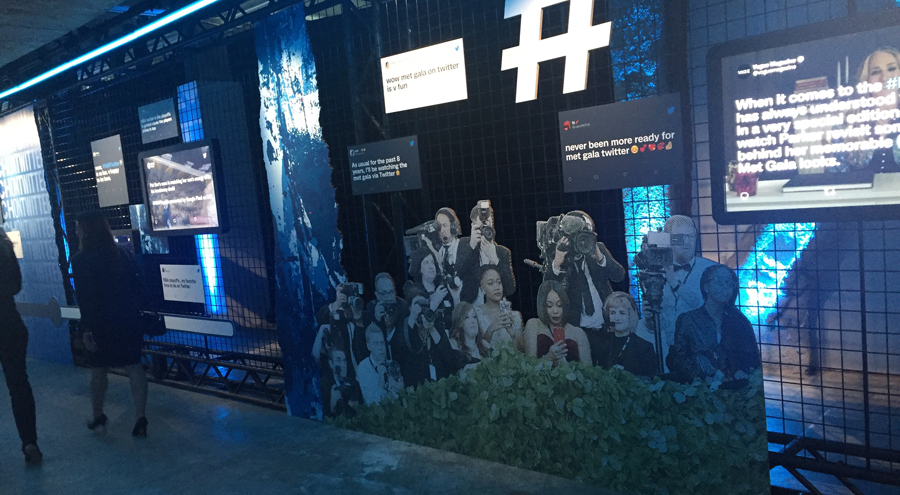 If you were at the Twitter NewFronts presentation on Wednesday evening in New York City and played a drinking game that required you to take a sip every time a Twitter executive said “Elon” or “Musk” … then you would have been stone-cold sober by the end of it.

JP Maheu, Twitter’s long-time VP of global client solutions, kicked off the presentation with a glib acknowledgment of the Musk takeover saga – “It has been a quiet month at Twitter” – before launching into the customary NewFronts-style pitch to advertisers centered on content partnerships and flattering stats.

On top of new and expanded content deals with the likes of Essence, E! News, the WNBA, Condé Nast and Formula 1, Twitter announced that it will be the first social platform to pilot an integration with iSpot.tv in partnership with NBCUniversal.

Earlier this year, in a bid to rely less heavily on Nielsen ratings, NBCU selected iSpot as its first certified alternative measurement partner and later said it plans to use iSpot as its national currency for ad buys at this year’s upfronts.

The purpose of Twitter’s partnership with iSpot is to help advertisers that buy Amplify sponsorships to measure the incremental reach of their Twitter media campaigns.

Amplify is a program Twitter launched back in 2013 that allows advertisers to place pre-roll ads in partner content on the timeline.

NBCU and Twitter recently expanded their existing national partnership to deliver NBCU digital content to Twitter so marketers can broaden their campaigns beyond national and local viewers to global audiences, including NBCU’s Sky footprint.

Robin Wheeler, Twitter’s VP of US Twitter client solutions, cited a 2021 study from Nielsen (ironically), which found that Twitter, on average, drives 39% incremental reach compared to TV for viewers aged 18 to 24.

Twitter is “the second screen and the first scroll,” said Wheeler, who also made reference to Twitter’s ongoing “premium content journey.”

What about brand safety, though?

To be fair, Twitter’s media-partner roster is packed with objectively premium publishers and content creators. But Twitter, like most platforms in the social media bucket, is also a bastion of user-generated content, which is simultaneously part of the challenge and the selling point.

If “Twitter is what’s happening” and where people come to talk about it, as Twitter executives love to say, some – even many – of those conversations are probably about things certain advertisers wouldn’t want to touch with two 10-foot poles tied together.

Twitter has brand safety partnerships with all of the usual suspects, including Moat, IAS and DoubleVerify. But attracting dollars to its platform from TV advertisers is going to require more safeguards and more monetizable video inventory.

Not all of the video on Twitter is monetized. A large chunk of the ad inventory is reserved for the higher-end, higher-quality stuff with known provenance. And that’s why striking content partnerships with the likes of Essence and Condé is so important for Twitter.

Through its deal with Condé, Twitter will get access to content from tentpole events, including livestreams of Vogue’s Met Gala coverage (who was this guy?!), the Vanity Fair Oscar Party Red Carpet and the Pitchfork Music Festival, as well as content from The New Yorker, Wired and Bon Appétit.

Twitter is also planning to launch a new pilot program later this year that will allow advertisers to promote and run pre-roll on live event pages with real-time highlights in the timeline and the Explore tab.