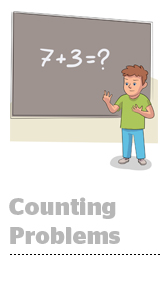 The verdict is in: Nielsen likely undercounted some pandemic audiences … not the greatest look for a company who’s entire schtick is counting things. As Variety reports, the Media Rating Council found a “generally consistent pattern of underreporting of viewing” by Nielsen in February of this year. The total usage of TV that month by people between 18 and 49 – the audience that traditional TV advertisers most covet – may have been understated by between 2% and 6%. The MRC review was triggered by networks concerned that Nielsen’s decision to stop sending field agents to Nielsen homes during the pandemic messed with the numbers – and could have cost TV networks anywhere from $468 million to $2.8 billion in national TV ad revenue, according to the VAB, a TV industry trade group.

Raise a glass of Ocean Spray cranberry juice, because TikTok is about to reach a pivotal milestone. By the end of 2021, the video app will have more Gen Z users in the US than Instagram, according to an eMarketer forecast, and it’ll surpass Snapchat in total users by 2023. This year, TikTok will attract 37.3 million Gen Z users, aka people born between 1997 and 2012 who access their accounts at least once per month. Instagram, by contrast, will have 33.3 million users that fall within that same demo. But Snapchat, the leading social network for Gen Zers in the US – it’s got 42 million now – won’t be thrown off its throne that easily. TikTok is nipping at its heels, though. By 2025, eMarketer predicts that TikTok will narrow that gap considerably.

Facebook has been ordered to stop collecting German WhatsApp data. Bloomberg reports that Hamburg’s privacy authority issued a three-month emergency ban prohibiting Facebook from continuing with its data collection practices. The order is in response to Facebook’s attempt to require users to agree to data collection in order to keep using the app. Hamburg says that’s not legal and encouraged a panel of EU data regulators to issue a similar ruling across the European Union. “We need to prevent damage and disadvantages linked to such a black-box procedure,” said Johannes Caspar, who leads Hamburg’s data protection agency. How do you say, “Dark clouds on the horizon” in German? (For the record it’s, “dunkle Wolken am Horizont.”)

More than 85% of UK consumers would reduce or stop purchasing products that they buy regularly if they discovered that an ad for that product had run next to COVID-19 conspiracy  theory postings or misinformation, according to an industry survey. [Advanced Television]

YouTube introduced a $100 million fund that will pay creators on YouTube Shorts, its TikTok clone, for their most viewed and engaging content over the course of 2021 and into next year. [TechCrunch]

Sonobi is partnering with HUMAN (the company formerly known as White Ops) to crack down on CTV fraud. [release]

Marketers are starting to tweak their media plans to account for people’s changing behavior as vaccinations ramp up in the US. [Digiday]

MiQ has appointed Candice Odhams as its first EVP of global clients. [release]