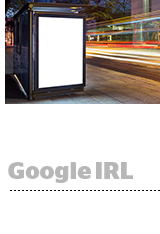 Google is working on deals for out-of-home advertising inventory in shopping centers and transportation stations in Germany, and may expand an OOH offering to the US and UK. The Android mobile operating system, which runs on 75% of smartphones in Europe, gives Google a huge advantage connecting mobile location and demographic data with OOH media, Bloomberg reports. Digital outdoor advertising is growing at a 15% clip and Google’s heightened interest is probably a good sign for the category, but players in the space might prefer it focused on digital media. “Google is the 800-pound gorilla that’s not yet in the room.” More.

Spotify may seem to have a stronghold in streaming music, but competing services from Apple and Google pose a rising threat by dint of their hardware businesses. That explains why Spotify struck a deal with Samsung Friday to natively integrate its platform on all Samsung devices, including the Galaxy Home smart speaker. Spotify will also be the default music platform for Samsung’s voice assistant, Bixby, The Verge reports. More. As Spotify becomes more ubiquitous, it’s also testing new ad experiences – or lack thereof. In one test in Australia, Spotify is letting users skip ads so it can collect information about which ads they listen to. “Our hypothesis is if we can use this to fuel our streaming intelligence, and deliver a more personalized experience and a more engaging audience to our advertisers, it will improve the outcomes that we can deliver for brands,” Spotify’s global head of partner solutions, Danielle Lee, told Ad Age. More.

Facebook has an early-stage blockchain technology group but won’t discuss the project publicly. What are the most likely applications? For one thing, imagine a Facebook-backed cryptocurrency that could allow ad inventory, services and ecommerce to be transacted on the platform while sidestepping credit card processing fees, writes Josh Constine at TechCrunch. Facebook could also enable peer-to-peer payments, which it currently supports only through PayPal or debit cards connected to Messenger. Facebook’s blockchain skunkworks is led by Messenger’s former head, David Marcus, who stepped down from the board of Coinbase, the largest cryptocurrency exchange and blockchain-based startup, after taking over the new role. More. Publisher technology vendors have also perked up to cryptocurrency as a way to fix the digital media float problem, since advertisers often pay for media months after campaigns are served.

NBCU is considering launching a new streaming service that would pay people for watching its shows. It’s more of a marketing ploy than a strategic move, NBCU execs tell The Information. The idea would be for viewers to earn points that can be redeemed with gift cards or other rewards. The broadcaster hasn’t decided yet whether to launch the service, which is tentatively named Watch Back. The service would have content from non-NBC sites, but after airing outside programming would run ads for similar shows on an NBC network. More (with subscription).