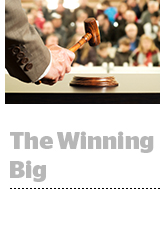 Amobee won the Videology bankruptcy auction this past weekend with a bid of $117.3 million with an adjustment of -$16.1 million for a net purchase of $101.2 million. British broadcaster ITV was also in the bidding for Videology’s assets, driving up the price Amobee had already committed after Videology announced its bankruptcy in May, The Drum reports. Videology raised a total of $201 million since it was founded in 2007. The video advertising company had pared down staff and was preparing for an exit via bankruptcy or acquisition for the past year. It was one of the many early ad tech companies coming to the end of its VC tether and hoping for a second wind [AdExchanger has more on that]. More.

As Facebook’s popularity wanes among younger users, Instagram is being used to drive engagement back to the core platform. Facebook is testing a product that alerts Instagram users to things on Facebook, like a friend posting a photo or status, according to Bloomberg. Facebook is siphoning engagement from Instagram in other ways, like letting users and influencers post stories to Instagram and Facebook at the same time. Analysts see the potential for similar synergies between Facebook Watch and Instagram TV. The big blue app is no stranger to sending push notifications to spur daily logins, but it’s the first time it’s leveraged Instagram directly to juice its own engagement numbers. “We would not be this confident in Facebook’s future if it wasn’t for Instagram,” said Rich Greenfield, an analyst at investment bank BTIG. More.

Agency and marketing tech M&A deal value was up 88% from $4.9 billion in the first half of 2017 to $9.3 billion this year, according to market research firm R3. New buyers in the category like AT&T and WeWork helped keep numbers up, while holding companies were slow on the M&A front, with just Omnicom ($204 million), Hakuhodo ($132 million) and IPG ($42 million) spending more this year. (R3 did not include IPG’s $2 billion of Acxiom Marketing Services in this report.) “The real story in the first half of this year has been the unconventional buyers,” said Greg Paull, principal and co-founder at R3. “We are seeing brands like L’Oreal, Cars.com and AT&T becoming active in the marketing M&A space to invest in and build up internal capabilities.” Read the report.