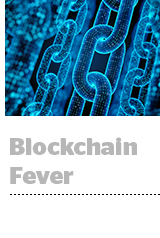 While still buzzy, advertisers are starting to test blockchain as a tool that can shine a light on the digital supply chain. Marketers such as AB InBev, AT&T, Kellogg’s, Bayer and Nestle are using the technology to measure the flow of their dollars across the digital supply chain, identify fraud and reconcile discrepancies much faster, Lara O’Reilly reports for The Wall Street Journal. But don’t expect blockchain to become mainstream overnight. It’s an extra cost for marketers and it requires buy-in from multiple parties, some of which won’t benefit from full transparency. “I still think that it’s probably several years before there’s enough groundswell,” said Jeff Rasp, director of US consumer-health digital strategy at Bayer. “But I feel so passionately about it that I’m working to try to have those conversations with other advertisers.” More.

Twitter is taking a broom to its bot problem. The company’s plan to cull tens of millions of suspicious accounts will reduce the platform’s combined follower count by 6%, according to The New York Times. The crackdown is markedly more stringent than Twitter’s past approach of “locking” suspicious accounts, which prevents them from commenting and interacting with users, but still allows them to appear as followers. Twitter’s clean-up was spurred in part by advertisers, who have become suspicious of influencer fraud in recent months. In June, Unilever Chief Marketing Officer Keith Weed put a moratorium on working with influencers who buy followers and fake accounts. “People will believe more and read more on Twitter if they know there is less bot activity and more human activity,” Weed said. “I would encourage and ask others to follow.” More.

Google’s delay in joining the IAB Europe’s Transparency and Consent Framework continues to be a wrench in the machinery of online advertising. Google committed to implementing the industry consent framework by August, but its interim solution pushes liability for consent onto SSPs and exchanges, Digiday reports. Bigger players like AppNexus, Teads and Rubicon Project quickly reactivated Google supply, but some vendors are worried that Google’s Band-Aid solution could expose them to GDPR infractions and leave them on the hook for penalties. “It’s impossible to get 100% consent for every reader for the entire vendor list because most consent management platforms have to, by GDPR law, allow the reader the option to select potentially opting out of specific vendors, and so there’s no way to guarantee 100% of readers for 100% of the partners or vendors,” one exec said. More.