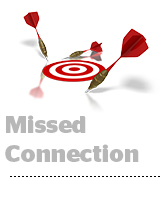 Digital publisher Vox is set to miss its goal of $200 million in revenue this year by more than 15%, though it should still see double-digit growth over last year’s take of about $160 million, The Wall Street Journal reports. The issue came up at a board meeting last week amid investor concerns about sustainable online ad growth. Other new media upstarts with big investments at nine-digit valuations, like BuzzFeed, Vice and Refinery29, have also fallen short of growth targets in the past year. Why? Among the reasons: This crop of publishers has failed to connect on ancillary products like sponsored content, ecommerce, podcasting and long-form video. More.

Snap is testing a way to identify products on Amazon based on visual searches on Snapchat. Focus the camera on a product or barcode, and if Snapchat recognizes the item it will surface a deep link to the Amazon app product page (if it’s downloaded) or the Amazon site, according to a company blog post. Amazon is the only ecom destination listed for now, but greasing the in-app shopping journey could help Snapchat prove its worth as it adds performance marketers to its programmatic platform. AdExchanger has more.

Zenith has affirmed its previous forecast that global ad spend will grow 4.5% this year to $851 billion. By 2020, it predicts, global ad spend will increase by an additional $75 billion. Two-thirds of that growth will come from paid search and social media ads, which will reach $109 billion and $76 billion, respectively. Meanwhile online video ads will grow by 18% and social media ads by 16%. The US will remain the leading contributor of new ad dollars to the space, followed by China, Reuters reports. As online advertising continues to grow, accounting for 38% of global ad spend in 2017, TV advertising will make up just 31.2% of global ad spend by 2020, its lowest share since 1981. More.

When Facebook is down for as little as 45 minutes, it’s still enough time for publishers to see a nice spike in traffic as readers go elsewhere for news, according to data presented by Chartbeat at the Online News Association conference in Austin last week. In the past two years, Facebook has deliberately driven less traffic to news content, Quartz reports, in part because the sociopolitical conflicts diluted positive sentiment among users. “Perhaps publishers will hope Facebook goes down more often in the future.” More.