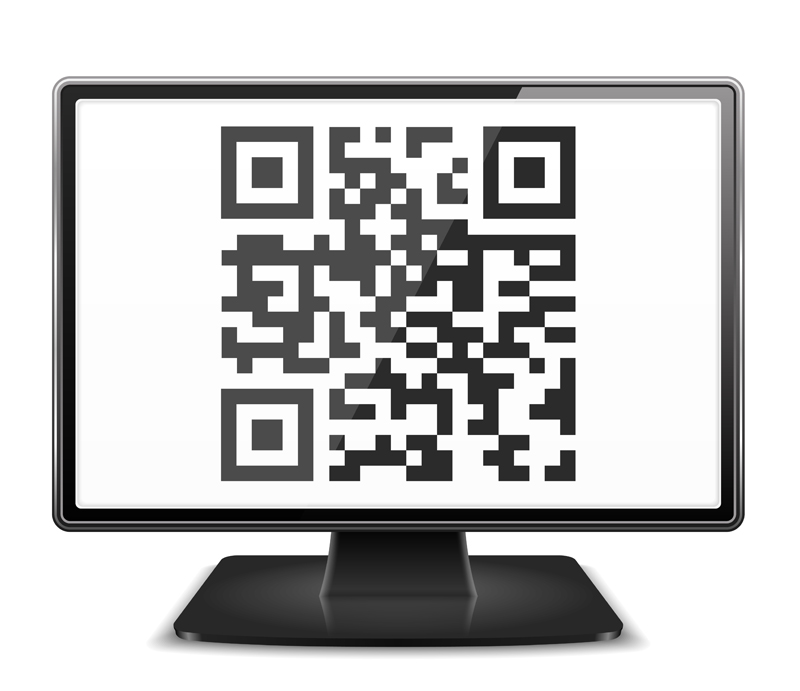 Despite not being an inherently interactive environment, television does drive sales lift, although the impact usually isn’t immediate.

Broadcasters have been trying to change that for a long time. Until recently, however, the reality of shoppable TV has lagged far behind the idea.

“Consumer expectations are actually a bit ahead of the technology,” said Evan Moore, SVP of commerce partnerships at NBCUniversal. “For years, people have been [anticipating] truly shoppable television.”

But being able to buy Jennifer Aniston’s sweater off a TV screen requires different technology than a typical ecommerce experience online.

Unlike a video display ad that links directly to an advertiser’s website, like on YouTube, shoppable ads on CTV need to lean on QR codes or clickable overlays to link between the programming and checkout.

This week, NBCU released a new shoppable ad format for the premiere of “Love Island USA” on Peacock that allows viewers to purchase items they see on screen directly through NBCUniversal Checkout, a proprietary checkout mechanism NBCU launched in 2020 within its One Platform.

Nice. But are advertisers buying in?

Despite advances, full-scale marketer adoption of shoppable ads is not here yet – especially when it comes to ad formats beyond QR codes, said Erin Firneno, VP of business intelligence at Advertiser Perceptions, a buy-side data intelligence platform.

Advertisers allocated just 17% of their CTV budgets to “innovative ad formats,” according to data from Advertiser Perceptions, of which shoppable ads is just a sliver. (Other nontraditional ad formats include pause ads, binge ads and any other ad that’s not a classic 30-second spot.)

But advertiser adoption of shoppable ads will increase as transaction methods become “less clunky,” Firneno said – meaning a move away from consumers having to scan QR codes. 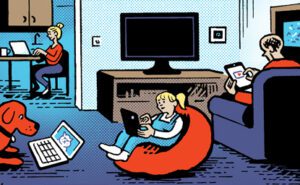 “QR codes are definitely the low-hanging fruit when it comes to shoppable ads on the big screen,” said Stephanie Eisenberg, VP of advanced video and agency partnerships at Horizon Media. “QR codes are less of a heavy lift than more interactive ads in programming, which take more time and approvals to plan.”

But for the most part, progress on shoppable TV experiences has been slow going on the buy side. Ironically, although agencies like the simplicity of QR codes, when it comes to shoppable ads, many TV marketers want a less interruptive ad experience.

“Providers that offer seamless integrations – like using a remote control to make a purchase, coupled with stored credit-card data – will spur more growth in the right shoppable environments,” Firneno said.

NBCU was one of the first major content distributors to lean into shoppable TV ads in 2019 with a product called ShoppableTV, an ad format with QR codes that viewers can scan using their phones to purchase items on screen.

“QR codes are incredibly effective drivers of interaction with programming and advertising,” said NBCU’s Moore, who noted that NBCU clients see “substantive growth” when they use QR codes with ShoppableTV.

According to NBCU, some of its brand partners have seen up to an 88% increase in brand recall with shoppable campaigns. 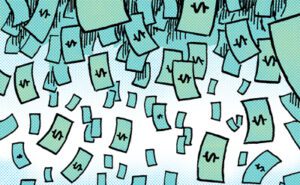 “We’re actually seeing a lot of brands coming back for their second or third shoppable campaigns with us, which is ultimately the best indicator of success,” Moore said.

“This is NCM’s first foray into shoppable ads,” she added, but they’re a “natural extension” of the media buys NCM already supports, and they “will work especially well for brands seeking to make a more direct connection between brand awareness and real-time transactions.”

In other words, DTC brands stand to benefit most from shoppable TV ads because they can drive upper-funnel brand lift and lower-funnel conversions at the same time.

“The advancement of interactive elements within CTV allows upper-funnel video buyers to home in on lower-funnel tactics that were typically reserved for digital buyers,” said Horizon Media’s Eisenberg.

Case in point: 90% of NBCU’s commerce partnerships are with DTC or “digital-native brands that have never worked with NCBU in the past,” Moore said.

But, Moore said, there’s an opportunity to “go beyond QR codes and bring true interactivity and transaction behaviors into connected TVs.”

The next evolution in shoppable TV ads will be to centralize the shopping experience within a given publisher’s tech stack.

Amazon’s Fire TV, for example, allows users to click “Add to Cart” or activate Alexa to purchase a product on TV directly from Amazon Prime through select shoppable ads on its Freevee service.

Eventually, though, TV will evolve to support a shopping experience without the need for a second device.

“That’s a completely unexplored territory in a lot of ways,” Moore said. “It’s going to be a world of exploration and experimentation.”

So, what could a shoppable experience look like minus a QR code?

For now, at least, it seems like a second device is still required, but there are entities thinking outside the box.

According to Roku, TV viewers are actually more likely to click “OK” on a remote than scan a QR code to buy an item they see on TV when given the choice. That’s quite convenient for Roku – it got started in streaming by selling smart remotes – but the idea does make sense.

“We started testing responses to both QR-code-oriented ads and remote-response ones with performance marketers over the past year with lots of different products and [content] categories,” said Peter Hamilton, head of television commerce at Roku. “We went into these experiments without any particular religion about which path would be the best to get users to respond.”

According to Hamilton, the degree of preference toward clickable overlays surprised even Roku.

Because “the remote control is native to the TV experience itself,” Hamilton added, “it’s expected to be the way someone interacts with TV.”

To that end, Roku announced an exclusive ecommerce partnership with Walmart last month that gives Roku users the ability to click on a product in an ad, purchase through Roku Pay and get a quick delivery from Walmart.

“One way to drive commerce on TV is shortening the time to conversion – hopping from one device to another is always going to present some challenges,” Hamilton said. “This partnership with Walmart is our first foray into shortening that loop.”

“For a commerce experience to really be valuable,” Hamilton said, “it has to scale.”