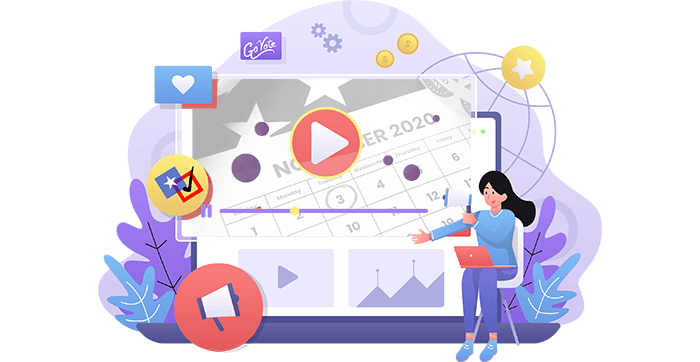 If Donald Trump owned H1 for programmatic ad spending, Joe Biden is dominating the second half of the year.

After spending big on display and native during the first half of 2020, the Trump campaign scaled back precipitously on programmatic starting in August, down to nearly zero in September, and has kept its foot on the brake since, according to data from ad analytics company Adomik.

But August is when the Biden camp pushed the petal right down to the floor on programmatic, especially with regards to online video.

If Biden was a brand, he would have been the top spender on video in August ahead of Microsoft, Sony, Amazon and pharmaceutical company Sanofi, as per Adomik.

“Biden’s programmatic spending was almost nonexistent before his nomination,” said Francois de Laigue, VP of US sales and strategic partnerships at Adomik. “But you can see his campaign kick start its budget right after.”

The Biden campaign was the top programmatic advertiser in the United States, primarily on video, in August, September and throughout October, Adomik found. In September, 80% of Biden’s programmatic spending through SSPs, both in open auctions and via direct deals, went to in-stream video at a CPM of just under $10.

Biden’s CPM increased dramatically over the course of September and into October to $12 on average as his campaign scaled up their media buys. The Biden team likely had to spend more in order to win upstream video impressions, which are harder to come by than display, said de Laigue.

Biden’s uptick in spending coincided with three major and interrelated milestones for his campaign: his formal nomination by the Democratic party for president, his selection of Kamala Harris as running mate and an enormous haul for his campaign’s joint fundraising efforts with the Democratic National Committee.

Together, Biden and the DNC raised $364.5 million in August alone, a record-breaking amount for a single month.

A lot of that went toward traditional TV advertising, where Biden has been outspending Trump in key battleground states, including Michigan, Pennsylvania and Wisconsin, for months.

Given Biden’s cash position – especially relative to Trump – it’s not surprising that he’s “outspending the President just about everywhere on the platforms we’re monitoring,” said Steve Passwaiter, VP and GM of Kantar Media’s political ad monitoring unit, which tracks spend across Google, Facebook and all forms of linear TV and radio.

Digging a bit deeper, though, Biden has been all over network cable channels, such as HGTV, and also more niche cable nets, for example, The Smithsonian Channel, Passwaiter said, noting that it’s likely the Biden campaign is using some form of targeting to find certain voter segments on less mainsteam channels.

This strategy likely extends to connected TV and online video.

“The major story in this election cycle is going to be how much digital video has been put to use,” Passwaiter said. “I suspect the OTT/CTV providers are having a huge political year.”

And they most certainly are.

Between April and the end of September, SpotX saw a more than 900% increase in political advertising spend across its OTT and CTV publishers.

But apps are also grabbing fistfuls of the political dollars that have been floating around this election cycle.

With demand higher during the election, many political advertisers consider in-app video to be an “organic extension” of OTT platforms, said Kunal Nagpal, GM of publisher platforms and exchange at InMobi.

Between August and September, mobile ad platform InMobi saw political in-app video spending rise 190%, with video now accounting for just under half of all political advertising on the InMobi Exchange. CPMs on InMobi’s exchange coming in from political ad buyers are now between 20% and 25% higher than for other advertising.