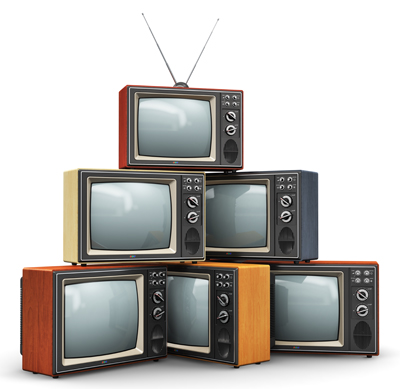 Linear and addressable are getting a little love from Unified ID 2.0.

Blockgraph is the fruit of a joint venture between Comcast’s FreeWheel, Charter and ViacomCBS that provides secure infrastructure so that brands and broadcasters can apply first-party data against addressable TV buys.

Unified ID 2.0 is an open source industry effort, started by The Trade Desk, that aims to use hashed email as an alternative to third-party identifiers.

“CTV is everyone’s darling,” said Jason Manningham, Blockgraph’s CEO. “But a big part of what we’re doing here is bringing the same level of targeting and sophistication to addressable and even data-driven linear via a platform that advertisers are already using.”

Specifically, advertisers will be able to use their first- and third-party data sets to buy against TV programmatically. A buyer, for example, could load CRM data into The Trade Desk, map it against UID 2.0 and then apply that authenticated data set to addressable, linear and/or CTV campaigns.

“It’s a direct match without intermediaries involved in the process, so each data owner is protected and able to hold onto their data,” said Manningham, who noted that doing so securely while keeping user privacy in mind are both top priorities.

The consent mechanisms for digital and in traditional viewing environments are definitely still works in progress. But privacy and relevant advertising don’t have to be mutually exclusive, said Jon Tabak, GM of TV partnerships at The Trade Desk.

Plus, bringing identity data into the TV ecosystem can also help to mitigate some of the user experience issues that crop up, such as ad repetitiveness and frequency overload, particularly on CTV, but also across channels.

Some user experience problems are related to audience fragmentation, and some have to do with the challenge of bringing data into the TV world. The integration with Blockgraph “removes some of the barriers ad buyers experience when accessing inventory delivered on MVPD platforms,” Tabak said.

“Now advertisers can put their data to work to get more granular and precise with their ad campaigns in both TV and addressable inventory that flows through MVPD platforms,” he said. “It’s also a revenue opportunity for TV networks who have a significant amount of inventory that is carried by and delivered on these MVPD platforms.”

It’s potentially quite a lot of inventory.

“I’d say we could be talking about billions of impressions a year,” Manningham said. “It’ll take time to get there, but I believe this could open up hundreds of millions of media dollars over time to some of these publishers.”

And there’s no reason that TV supply shouldn’t be able to access the budgets that have gone mostly to digital publishers and the big digital ad platforms.

“Yes, there’s a lot of dollars that get committed up front,” Manningham said. “But being able to execute on a programmatic basis and help brands reach the right audiences is essential for sellers to be able to compete, especially with the walled gardens.”

To do it, you just need the pipes and an interoperable identity solution.

“TV historically hasn’t been as targetable as other demand channels,” Manningham, “but with this we can pave the way to reorient how sales teams go to market.”