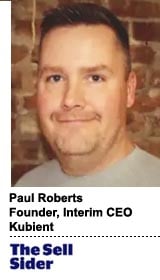 Despite the initial excitement and consistent use, it’s hard to find proof points for Ads.txt’s success or to validate its claims that it has made “significant in-roads.” In fact, Ads.txt hasn’t just plateaued – in 2019, adoption by the top 1,000 sites was declining, according to Pixalate’s Advertising Trends Report.

The trouble with Ads.txt

So, where did Ads.txt lose its way, and how can it finally realize its ambitions?

Ads.txt set out to shine a light on inventory downstream sellers. Yet, if you look inside any publisher’s Ads.txt file between the “DIRECT” lines allowing primary sellers like OpenX, Rubicon or Criteo, you will also see dozens of “RESELLER” labels.

The trouble is that’s all you’ll ever know. Ads.txt never discloses which other DSPs these players are reselling that same traffic to – meaning blind reselling is still rampant. Take ESPN.com – 192 lines of its Ads.txt file, some 35%, are occupied by major ad platforms that are allowed to act as resellers. Each of those could, in turn, be reselling your traffic to a host of other players. And publishers are often reluctant to list only “DIRECT” sellers, threatened with lost revenue if they don’t allow resale. Once sold down the line a few times, Ads.txt’s goal of reducing resale becomes moot.

Ads.txt comes from the leading industry trade body, giving executives the false security that this solution is foolproof.

Worse, while Ads.txt has managed to remove a lot of the media arbitrage from the system, the companies engaged in it have been pushed into the shadows, hidden under those “RESELLER” listings. What once was in the open is now obfuscated – making it harder to track and cast out nefarious players.

Who would have thought a rudimentary public text file based on robots.txt would prove so weak?

Over the last couple of years, we have heard how botnets have jumped on Ads.txt to conduct huge fraud schemes. Techniques have included domain spoofing, fake and blank Ads.txt files, making buyers believe fake sites were authorized. Even human errors like typos in such a wonky setup can make for significant consequences. All told, Ads.txt requires significant up-keep – and with a platform or system that requires attention and upkeep it leaves room for error and ramifications.

Don’t expect the IAB – partially-funded by the SSPs and DSPs themselves – to ride to the rescue with an upgrade. Ads.txt has reached its peak, but the status quo is not good enough, so now we’re left looking for our next ‘solution’.

Publishers should realize the obfuscation that exists behind those “RESELLER” labels – and demand more data. Who is reseller “0129654”, really? Who are you authorizing to bid on your traffic?

The secondary and tertiary partners your platforms look toward should be fully disclosed as part of your relationship and vetting process.

Bringing your true supply chain partners out in the open lets you work directly, rather than through resellers. The ability of players like Rubicon to aggregate publishers for advertisers was an asset seven years ago, but now those who spend ad dollars upfront can build their own in-house platforms in a couple of months. If ESPN knows it gets plugged into Xaxis on the other side, why should the pair not connect directly? The publisher could regain 25% in tech taxes, which in today’s media landscape is significant.

Going direct is particularly pertinent, because big-brand retailers are clamoring to build their own trading desks. They have two things publishers want – first-party data and budgets.

To eliminate ad fraud, you need more than an antiquated text file placed on a server. Modern ad trades happen in the billions and must take place in milliseconds. For that, a humble text doesn’t cut the mustard – you are going to need the big guns, like real-time AI.

It isn’t sufficient to find fraud after the fact and strip the offending source from your Ads.txt later, by then, the damage is done. As a solution, more publishers should rely on tools that can bring machine learning to bear on an ad bid as it is happening, choosing those which determine the likelihood of fraud fastest.

The future of fraud

Five years from now, people may credit Ads.txt with having played a part in cleaning up the supply chain. But it won’t be heralded as the savior.

Brands will drive change. They are realizing how ineffective their media is when their buys are going through all these hoops.

The world is shrinking. Soon, people won’t need to rely on Ads.txt’s rudimentary starting point. Quality brands and premium publishers will trust themselves to work directly, in a trusted relationship.

That, as it happens, is when Ads.txt’s ambition will finally be realized.