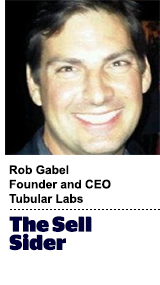 Today’s column is written by Rob Gabel, founder and CEO at Tubular Labs.

Digital-native publishers sailed against strong headwinds in 2018, as continual shifts in the business model forced budget cuts, downsizing, “pivots to video” and more hurdles to success.

One recent casualty is Mic, which raised more than $50 million in funding through 2017 and was reportedly valued at well over $100 million. A year later, Mic sold to Bustle for just $5 million.

Other articles have pointed out some of what went wrong for Mic and similar media companies: Overreliance on social media algorithms, low ad rates and shifting editorial approaches stopped it from monetizing to the extent necessary.

Those factors may all have played a part in the site’s downturn. Media entities need to clear four hurdles to succeed: scale, audience engagement, multiplatform audiences and diversified revenue streams.

For much of its existence, Mic has been an amazing vehicle for creating purpose-driven content, with the recent pivot to long-form journalism on progressive issues just the latest example of how it was committed to a noble approach (see one of many videos aimed at thought-provoking topics for millennials).

But the company simply failed to reach scale with an audience. Did it have monetization problems? Sure, but you can’t monetize a small audience – or at least you can’t expect to monetize it with advertising.

Diversifying audiences and platforms plays a key role in the accomplishments of higher-end publishers, allowing them to pursue numerous avenues at once in an effort to scale. For Mic, most social video viewers came from Facebook. By completely ignoring the potentially interested consumers on other platforms, the company was stifling growth before it even started. Failing to consider such a large portion of a potential audience undermines quality content, too.

Having the most engaging, premium journalism is great. But large audiences come from paid strategies today, and engagement is what you build businesses on top of.

When Bustle relaunches Mic, it should approach audiences across multiple platforms and find ways to tell stories in both video and text forms. Using that diversified approach to monetize the content comes next. With a newly-engaged audience, Mic will have a solid foundation for building paid partnerships and branded content.

Moreover, other media businesses have already figured out that content is but one potential revenue stream. Industry events, awards and creative and analyst services allow for an expansion of what media can be, without truly leaving behind core competencies.

Today’s media landscape is tough for digital-native publishers, but it’s far from impossible. Entities new and old need to be ready to evolve their businesses and embrace a diversified approach. Mic took a hit when Facebook changed its algorithm, was rescued temporarily with a Facebook Watch original show, and then took a hit again when that show was canceled. This next chapter is a chance for it to correct that misstep and maybe provide an example for how similar publications can do the same in the future.