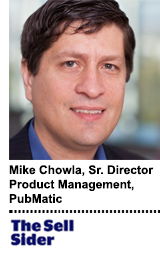 Header bidding is now widespread and successful on the web, and Prebid.js is the most widely used solution. However, the majority of publishers using Prebid are still using the same client-side bidding setup Prebid initially launched in 2015. The advertising ecosystem has evolved considerably since that initial launch, but publishers have not evolved their tech in line with these changes.

Google’s latest changes have made it even more important that publishers reevaluate their header bidding tech.

Today, with cookies on the decline, server-to-server (S2S) bidding is the better option for most publishers. The adoption of alternative IDs makes up for any concern about lower cookie match rates that led publishers to client-side setups in the first place, especially now that many impressions don’t support cookies already. S2S also delivers a big advantage when it comes to page load speed. Due to changes in how Google Search ranks web pages, page load speed should be a primary consideration when choosing a monetization stack.

The primary benefit of client-side header bidding had been better cookie match rates relative to server-to-server. With Google’s announcement that Chrome’s removal of third-party cookies is delayed until 2023, many in the advertising ecosystem may be tempted to lose focus on preparations. That is a big mistake.

In the United States, third-party cookies are already gone on 50% of advertising impressions due to consumer- and browser-side cookie blocking. Moving to server-to-server now for the post-cookie world could immediately provide the full benefit on half of the available impressions. The advantage of better cookie match rates for client-side bidding is waning.

Server-to-server bidding provides a clear performance advantage for page load times. With client-side bidding, the best case is the browser must make one network call for every demand partner. Some demand partners require one network call per available impression. For most publishers, these network calls to fetch bids happen during the critical part of the page load process, since making ad calls as early as possible improves monetization. With modern high-functionality web pages, the browser must load many objects and execute a good amount of code to render the page. Adding multiple calls to fetch bids during this process slows down page rendering.

Page render times are more important than ever now that Google is rolling out Core Web Vitals as a ranking factor for Google Search. Core Web Vitals includes three metrics to gauge page experience, two of which are directly impacted by page load times. Server-to-server can dramatically reduce the potential negative impact of header bidding on Web Vitals scores. Instead of the multiple calls to fetch bids, all the demand partners are consolidated into a single call to a server, which then calls each demand partner. In addition to reducing the number of network calls, the server offloads the work of constructing bid requests and processing responses for each demand partner.

Server-to-server bidding now offers demand that rivals client-side integrations. At the beginning of 2018, when Prebid Server was in its infancy, there were only nine demand partners available. As of July 2021, there are 118 demand partners available, and these partners include the vast majority of available demand across multiple formats, including display, video, mobile in-app and CTV.

Further, S2S bidding also resolves the central tension that has challenged header bidding since its inception. Adding demand partners improves yield, but with client-side bidding, every additional demand partner slows down the page load. With server-to-server bidding, there’s negligible impact on page load times since the server is doing the heavy lifting.

For publishers, the biggest challenge in moving to server-to-server is needing the server component. Publishers have two basic options: run their own instance of Prebid Server or use a vendor-hosted version. The path chosen depends on the publisher’s scale, in-house technical capabilities and what activities they want to focus on from a strategic perspective. The biggest argument against running one’s own server is that it takes time and attention that could be better spent on activities that drive revenue.

To get started, publishers have traditionally moved some but not all demand partners server-side. However, the biggest page performance gains come from moving all partners. Thus, a good first step is using server-to-server bidding for browsers that have already ended support for third-party cookies, such as Safari and Firefox. With these browsers, there’s no risk of monetization degeneration due to a lower cookie match rate.

As with any change to one’s monetization stack, the best practice is to A/B test changes first before committing to it, so all differences – both good and bad – can be assessed. However publishers choose to get started, the time is now to begin making the transition to server-to-server bidding.