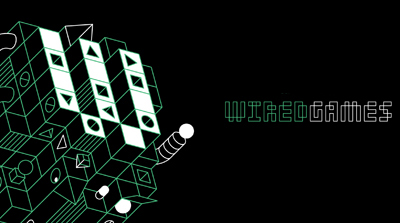 Gameplay has been way up during the pandemic, with no sign of slowing down. But people aren’t just playing more games – they’re reading about them.

Since January, Wired has seen a more than 84% year-over-year increase in traffic to its gaming coverage. The average number of visits to gaming-related content is 11% higher than the average for Wired.com overall, and game reviews and buying guides outperform the site median for driving subscriptions by more than 59%.

Wired is taking this surge in engagement and subscriptions from gaming content as a sign, said Scott Rosenfield, Wired’s site director.

In October, Wired will expand its gaming coverage with the launch of a dedicated new sub-vertical focused on everything from game reviews and service content to investigative pieces and cultural criticism. Wired is also debuting two new video series to round out the section, and introducing two new weekly series on Twitch.

The stories will live behind Wired’s existing metered paywall, as do all stories on the site, but the Condé Nast-owned publisher also sees its new gaming section as a likely subscription driver and an opportunity for revenue diversification.

“We try to support subscriptions, lean into commerce and grow our affiliate revenue as much as possible,” Rosenfield said. “And gaming is a topic where all of those points can connect.”

For example, he said it’s been edifying and surprising to see that product reviews and affiliate content can lead to subscriptions: “That’s not a narrative that gets shared very often.”

Since launching its paywall in 2018, Wired has become more invested in understanding what coverage tips people over into subscriptions. That requires open communication between the editorial team and the business side of the house.

“We always try to make decisions that are informed by data, but we also leave room for editorial decision-making,” Rosenfield said. “And where editorial and business align, that’s where we can usually make the biggest impact.”

Many marketers are still figuring out how to approach the gaming vertical, in part because certain aspects of gaming culture can be problematic from a brand safety perspective. Wired is positioning itself as a safe environment where marketers can get close to gamers and people interested in gaming, said Eric Gillin, chief business officer of Condé Nast’s culture division.

Wired has already created audience segments to help brand partners reach gamers and drive downloads against gaming content, Gillin said, and it’s also hoping for some cross-pollination with the audiences of other Condé titles.

“The crossover between the topics we cover and this audience is fascinating and gives us many different ways to work with brand partners,” Gillin said.

On Wired itself, the plan is to expose readers to as much gaming content as possible. If someone clicks on a product review, what can be done to get them to read an investigative story or vice versa? “Those are the conversations we’re having with product, audience development and social ahead of the launch,” Rosenfield said.

Before monetization, though, a top priority is the quality of the journalism itself.

“Gaming is really important and still underrated by so many people, but it needs to be treated seriously,” Rosenfield said. “When readers see how all of these stories will connect, it’ll be harder to ignore that.”

WIRED already has a stable of writers focused on gaming but has plans to expand its roster of contributors further. It’ll publish roughly 20 or more gaming stories per month to populate the new section.