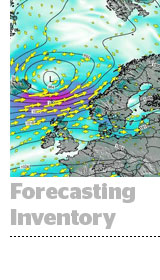 Ad servers’ primary goal is to deliver direct-sold campaigns in full, so a publisher earns all revenue promised by the advertiser.

But ad servers are dumb. They can deliver direct-sold campaigns too quickly, leaving an advertiser without active ads toward the end of the month. Or to ensure that direct campaigns deliver in full, they may turn away higher programmatic CPMs.

The Norwegian media house Schibsted solved both of these problems in late 2017 by switching from its AOL-owned ad server to an AppNexus ad server customized with a pacing algorithm.

Programmatic revenue increased between 10% and 20% after the switch, according to Per Håkon Fasting, EVP of advertising for Schibsted Norway.

The pacing algorithm solved for programmatic demand that fluctuates throughout the day. Normally, an ad server errs on the side of caution and delivers direct campaigns even when programmatic buyers would pay more for the same impression.

“Previously, we really didn’t see significant revenue from programmatic early in the day, when frequency-capped [programmatic] campaigns did most of their spending,” Fasting said.

The algorithm forecasts demand based on a line-item level using data from Yieldex, rather than on an account level. For a large publisher like Schibsted, that means web traffic isn’t forecasted by lumping together multiple sites, but instead based on a thin slice of inventory. For example, a line item targeted toward political coverage could show traffic patterns markedly different from those targeted to sports or lifestyle coverage.

Most importantly, the algorithm didn’t jeopardize Schibsted’s direct campaigns, which account for 70% to 80% of its business, Fasting said. Instead, its campaign delivery improved with more evenly spaced ads.

“The pacing was actually a problem for direct advertisers as well,” Fasting said. “Inventory peaks in the morning, and [campaigns] can deliver quite fast. But some advertisers didn’t want to be delivered first priority. They wanted it spread out throughout the day.”

Programmatic buyers can also find the users they want more easily, since the pacing algorithm allows their bids through more frequently.

“Trading desks in our country have seen that they get more of what they want, and it’s easier to get our inventory at times when they want to,” Fasting said.

Because publishers in Norway report revenue data to an industry association, Fasting observed that Schibsted’s programmatic growth exceeds the rest of the market, which he attributes to better ad-server pacing.

Having a single ad server govern both programmatic and direct-sold campaigns effectively is only one piece of what Fasting is working on. His job has been to “straighten out the spaghetti” by moving separate video, native, display and programmatic platforms into one place to unify all advertising across Schibsted sites.

Fasting sees room for even more improvement in the future: “We need to make ad servers smarter and smarter,” he said. “We need to incorporate machine learning to maximize yield, meet the needs of the advertisers and exploit all the possibilities publishers have.”