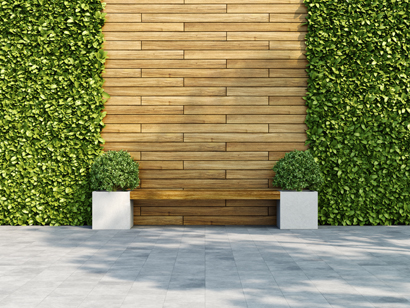 New identity solutions built on first-party data are clearly one solution – but publishers and advertisers differ on whether they’re building their own proprietary solution or a common shelter that will both scale and require them to share data.

For smaller and midsize media publishers, working with identity providers and industrywide consortiums is a model that’s just going to have to happen, said Matt Kyme, director of product for Hearst’s advertising audience data, speaking at AdMonsters’ Ops conference this week in New York City. “They don’t have the scale to build out their own data taxonomy.”

But large-scale publishers like Financial Times (FT) are happily harvesting their gold mines of first-party user data (and are unlikely to share that gold).

“We’ve been collecting [our own] subscription data for 21 years – we’re not pooling our data as a shared resource at this point,” said Brendan Spain, FT’s VP of advertising in the Americas. “I don’t see us joining any of the major [identity] efforts and consortiums out there and sharing our platform data.”

That’s not to say FT works entirely solo with data – it works with commerce platform Bloomreach for monetization, Spain said – but it’s not letting anyone in on its identity data.

But if every large publisher rolled this way, it’s only a matter of time until someone coins the term “identity walled garden.” No one can reach everyone.

It’s also a struggle to work across all these identity walled gardens. From the buyers’ perspective, many content providers and publishers just don’t have the scale to create their own ID graphs – and “they need a solution [like] LiveRamp,” said Laura McElhinney, chief data officer at Horizon Media. Horizon uses its own proprietary user IDs but still works with several premium ID graphs on the market, she added. “We don’t have the capability to do it all directly ourselves.”

The scales seem to be tipping toward standardized, industrywide identity solutions and collaborations to brave third-party cookie death as an industry team. That might be why the sound of crickets filled the room when MadTech Advisors CEO Bob Walczak asked about seller-defined audiences, an IAB Tech Lab spec that came out in February, which creates audiences specific to individual publishers.

“People are seeking these signals … we’re looking into it,” Hearst’s Kyme said.

But will buyers do the work to participate in seller-defined audiences? “I’m not getting into this,” Horizon Media’s McElhinney responded. “I’m staying over here.”

Clean up your act

Besides being a good sport, pooling resources might mitigate another ad tech headache: clean rooms. The beginning of a backlash against clean rooms has emerged.

Anonymized user data has always been around – it’s just a matter of what we’re calling it, McElhinney said. But too much of a good thing might turn out to be a bad thing. Like identity solutions, too many clean rooms are counterproductive.

“We would have to connect with thousands of clean rooms” if they become the only way to access anonymized data, Horizon Media’s McElhinney pointed out. Even with in-house APIs to connect, which Horizon Media built, it’s just too messy. The data stand-off continues.