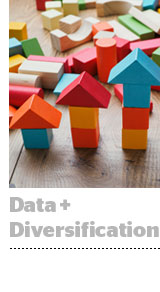 In 2017, many online publications realized that data and revenue diversification could drive success. And not being diversified enough could hurt their business.

While many publishers tout their branded content businesses, programmatic provides a reliable, easily scalable revenue stream. Publishers that were programmatic holdouts, avoiding the main way advertisers do data-driven buying, course-corrected this year – or suffered the consequences.

BuzzFeed added programmatic, Pandora saw growth stall, which it blamed on not embracing programmatic, and Refinery29, which doesn’t run programmatic ads, laid off staff. Mashable, which was trying to grow its programmatic revenue at the beginning of the year, sold to Ziff Davis for a pittance by year’s end.

To diversify further, publications looked beyond advertising revenue, often to subscriptions and commerce. And they certainly didn’t place all their bets on Facebook, choosing instead of diversify across multiple platforms.

Smart publishers tried to use data first to improve their own understanding of their advertising business and audience – which took a variety of shapes.

Putting user experience before revenue. When publishers like The Washington Post, Time Inc. and Gizmodo realized that certain ad units didn’t add enough revenue to justify their harm to the user experience, they removed those units.

Ad partner evaluation. Publishers like CafeMedia, Ranker, LittleThings and Chegg developed systems that constantly tested ad tech partners, allowing them to remove exchanges who negatively affected overall revenue – by slowing down the site, for example – in ways that would have been invisible without testing in place.

Playing the social arbitrage game. Facebook has tried to stamp out clickbait, but many publishers still thrive on sticky headlines that then keep the audience’s attention on the page, Topix has placed its bet: “Buying traffic is the way of the future,” the founder told AdExhcanger earlier this year. To support this model, publishers must track revenue in real time. Another publisher, Tickld, shared how it learned to be incredibly precise in its understanding of cost per click vs. revenue per user.

Data offerings. Conde Nast stepped up its data offerings to advertisers. Over half of premium programmatic deals leverage the publisher’s first-party data, and it’s bringing in outside data sources like Nielsen Catalina to optimize campaigns mid-flight.

Diversification: Beyond, Within Media

Sponsored decline. In January, Medium became the first casualty of the sponsored-content-only business model, with the company abandoning its ad-supported business model – and blaming that setup for its failure. And BuzzFeed followed suit at the end of the year, first adding programmatic and then laying off staff as it reportedly missed its revenue goals.

More than ads. In addition to the layoffs, BuzzFeed CEO Jonah Peretti sent out a memo explaining plans to pursue a highly diversified revenue model with content and product licensing and custom products – in addition to its ads. Previously in the year, The New York Times agreed that pure ad-supported publishing just doesn’t work. The newspaper focuses on subscriptions as well as ads, and pursues a wide variety of ad formats, as well as affiliate revenue through Wirecutter.

Ecommerce embrace. Many publishers tried to capitalize on their purchase influence, or ability to generate affiliate revenue. Time Out Digital is building a business that links its recommendations to click-to-book travel, similar to TripAdvisor. XO Group wants a cut of the bookings it creates on its wedding site and app. The Penny Hoarder boasted of earning 95% of revenue from affiliates, making display advertising a drop in the bucket.

Platform diversification. Publishers remain wary of overreliance on Facebook. CNN makes sure its content appears on nearly every new OTT device and platform, and even developed tech that allows it to quickly launch on a new platform. And it’s not ruling out subscriptions, either. Many publishers worked to distribute content both on Snapchat Discover and Instagram Stories. And to successfully reach splintered, niche audiences on social platforms, Mic nurtured content channels designed around specific interests, such as feminism.