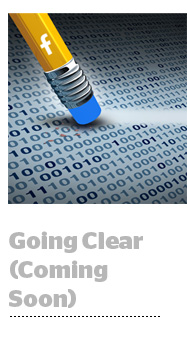 On Tuesday, Facebook warned advertisers that the tool, which will eventually give people the ability to see and delete the data that third-party sites and apps share about them with Facebook, could impact targeting on Facebook properties.

Although Facebook claims that the Clear History rollout shouldn’t affect its measurement and analytics tools, certain targeting options on Facebook are powered by developer tools, like Facebook’s SDK and API, or by the Facebook pixel, which advertisers use to track the off-platform performance of their Facebook ads.

These business tools, the Facebook Like button and other widgets embedded on thousands of sites across the internet all send data from third parties back to the Facebook mothership, including what people clicked on and the sites they visited.

Custom Audiences, for example, relies in part on data related to visits people make to an advertiser’s website or app.

But when users clear their history – telling Facebook to remove all off-Facebook activity from their account – that data is no longer available to Facebook for targeting purposes.

“Businesses should keep this in mind when developing strategies for these kinds of campaigns in the second half of the year and beyond,” Facebook advised rather vaguely in a blog post that raises more questions than it answers.

Is a Clear History opt out persistent or do people have to periodically clear their histories? Why isn’t off-platform data sharing with Facebook opt in rather than opt out? How much off-platform activity will Facebook lose out on if a preponderance of people decide to clear their histories? Where in the settings will people be able to access the feature? Will non-Facebook users be able to delete data about themselves that Facebook may have collected for security purposes?

Details are thin on the ground as to how the feature will function, but Facebook’s proactive warning that advertisers might need to redo their targeting strategies indicates Clear History is actually coming soon, or at least at some point this year.

Facebook first teased Clear History way back in May 2018 at its F8 developer’s conference when Mark Zuckerberg promised a user-friendly tool that would allow users to delete their non-Facebook browsing history and disassociate it from their Facebook accounts as easily as they’re able to clear their cookies.

“When you clear your cookies in a browser, it can make parts of your experience worse or you may have to sign back in to dozens of websites, you may have to reconfigure some things, and the same is going to be true here – or your Facebook won’t be quite as good while it relearns your preferences,” he told developers in 2018. “But after going through our systems, this is the kind of control we think people should have, [and] so we’re building this.”

But whether a feature like Clear History is enough to appease lawmakers in DC, where criticism of large technology platforms is mounting daily – that’s another matter.

In a strongly-worded letter addressed to Mark Zuckerberg on Monday, Sen. Josh Hawley, R-MO, expressed much skepticism over Facebook’s plans for a “privacy-first future,” which was the main theme of Zuck’s keynote at F8 this year.

“Facebook knows when its users are interfacing with its messaging products and it knows through browser cookies and integration with publisher websites when users have clicked links to read articles,” Hawley wrote. “What features you offer to allow erasure of ‘off platform’ web activity are off by default – a strange design decision for a privacy-focused platforms.”