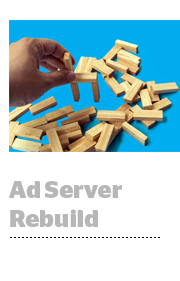 Direct response and improving its revenue products are top priorities for Twitter in 2020.

Twitter, which reported more than respectable Q4 earnings on Thursday, plans to finally finish rebuilding its ad server – codename: Project Tao – during the first half of 2020, and roll out a revamped version of its mobile application promotion product (MAP).

Last July and August, Twitter experienced a major hiccup with MAP, by which it shared measurement data with unauthorized third parties. When Twitter uncovered the issue, it stopped sharing the data, which hit its revenue the third and fourth quarter.

Although Twitter’s revenue in Q4 broke the $1 billion mark for the first time in the company’s history – and monetizable daily active users were up 21% YoY to 152 million, which caused the company’s stock to rise – revenue for the quarter would have been higher if not for the bugs in Twitter’s personalization and data settings.

After plugging the data leak last year, Twitter began working on more considered remediation for its MAP problem. In the fourth quarter, Twitter started shipping anonymous, aggregated data to measurement partners in what CEO Jack Dorsey called a “first step along the way” to striking a balance between personalization, privacy and data security.

The way of Tao

“The idea of rebuilding the ad server is that we want to be able to move faster,” Segal said, noting that Twitter’s revenue science team has been able to increase its capacity to build new products and features by more than 5X, which “should lead to improved relevance for advertisers over time.”

But Twitter’s continuing problem is that it remains more demand-constrained than supply-constrained, despite Segal’s insistence that “advertiser sentiment continues to be strong.” Snap, which reported its fourth quarter earnings earlier this week, is in a similar boat.

Both need to tell advertisers a more compelling story.

Twitter’s narrative, beyond its increased investment in DR ad products, is that total ad engagements on Twitter went up 29% in Q4, driven by an uptick in impressions related to audience growth and improved clickthrough rates, while cost per engagement decreased by 13% due to a continued mix shift to video ad formats, which have lower CPEs. Aka, “Hey, advertisers, we’re still a bargain.”

Segal pointed to the recent work Twitter did with Disney for the launch of Disney Plus as an example of how it’s hoping advertisers will think about and use Twitter. Disney Plus promoted its launch globally on Twitter to both help get the word out and encourage people to download the app.

Twitter also had every one of the Super Bowl advertisers, minus one – and excluding Trump and Bloomberg, since Twitter doesn’t accept political advertising anymore – advertise on Twitter around the game.