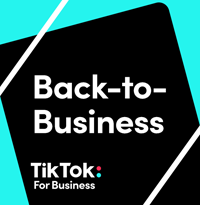 TikTok is graduating into self-serve.

On Tuesday, TikTok made Ads Manager, its self-serve ad platform, globally available in a move that should help usher in more ad budgets, particularly among small and mid-size businesses.

To further woo SMBs, TikTok will donate $100 million in ad credits so that SMBs can promote themselves during the health crisis, the company also said on Wednesday.

Both existing advertisers and SMBs that are new to the platform are eligible to apply for a one-time free ad credit, which tops out at $300 and must be used by the end of the year. TikTok will match any additional spending beyond the $300 credit limit on a dollar-for-dollar basis up to $2,000.

It isn’t hard to see why TikTok would want a slice of the SMB market.

Millions of SMBs spend so much on Facebook, for example, that Facebook still brings in billions of ad dollars despite the advertiser boycott.

TikTok doesn’t share the overall number of paid advertisers across its platform or break out the percentage of SMBs, but it is attracting some of the dollars that would have gone to Facebook from brands that are begging off the platform, at least for the month of July.

SMB advertisers in particular are drawn to the ease of self-serve, which is why Facebook’s Ads Manager and Google Ads attract so many small business advertisers.

TikTok’s Ads Manager is looking for that same energy.

The self-serve ad platform, which entered beta last year with a small group of customers, allows advertisers to flexibly adjust their spending, access TikTok’s proprietary ad formats and target by the usual-suspect targeting options, including by demographic and device.

The most popular format among SMBs are in-feed ads, which appear within a user’s content feed and can run for up to 60 seconds with the sound on.

TikTok is also introducing business accounts, which are profile-like pages that can include website links and a contact-via-email button.

Ads Manager sits within TikTok For Business, an umbrella brand of sorts that houses all of TikTok’s new and forthcoming marketing solutions. TikTok introduced its business hub during its NewFronts presentation in June.