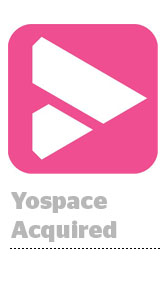 RTL Group is paying up to $33 million for Yospace, a UK-based server-side ad insertion company. The company will operate independently, but work closely with SpotX, which provides video ad serving and advertising demand to video publishers.

“This acquisition will go a long way toward solving issues with programmatic and OTT,” said SpotX CEO Mike Shehan. Fifty-three percent of SpotX’s ad spend last month was on OTT.

The sheer quantity of bid requests can lead to bottlenecks and wreak havoc with DSP pacing algorithms, which might assume they’ll have billions of chances to serve an ad to a user. Yospace starts requesting ads before the commercial break to give everyone breathing room.

So, consumers avoid buffering and media owners don’t miss out on advertising revenue from ads that didn’t load in time. “We want to maximize media owners’ yield,” Shehan said. “They can’t afford to miss ad breaks for an important awards show or a football game.”

Yospace’s technology also means it sees all the ad inventory for a given live event or episode, allowing it to do better forecasting. Audience buying could be transformed since Yospace has better visibility into the presence of an audience across an episode.

“The corollary would be header bidding in the traditional desktop or mobile world,” Shehan said. “You can deliver against what’s becoming more popular, and you can forecast against content metadata.”

Since Yospace requests ads before they show up on a consumer’s screen, they could end up not being delivered if they switch off the TV, or show up after the advertiser wants to reach them. The industry will work out acceptable limits for pre-fetching ads, Shehan said, as ad tech companies figure out how to smoothly deliver ads in live and ad-supported video on demand environments.

Server-side ad stitching also prevents ad blocking, though that’s less of a concern on connected TV. “Ad blocking would be tenth on my list of the most important things Yospace does,” Shehan said.

Yospace’s competitors include Brightcove and BAMTech. Disney owns a $2.6 billion majority stake in BAMTech, a fraction of Yospace’s $33 million deal price. Yospace has the biggest footprint in the United Kingdom and Europe at the moment, Shehan said. TV companies like BT Sport, TV4, ITV, and Seven West Media use its tech. SpotX will continue to work with other server-side ad insertion companies. But its work with its sister company will be a “testbed of innovation” for ideas it can then export to other partners, Shehan said.