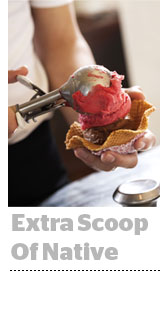 Verizon Media – formerly Oath – said Tuesday it has increased the amount of native Microsoft inventory it can sell to include Xbox and Outlook, and other exclusive placements.

Verizon declined to say exactly how much native inventory Microsoft lets it sell. Buyers can access the inventory via iOS or by using Oath Ad Platforms’ programmatic pipes.

The deal comes three years into a reported ten-year agreement, when AOL, freshly acquired by Verizon, inked a deal with Microsoft to sell its search and display inventory.

But search and display revenue is in decline across Oath, which dragged down its revenue by 6.9% to $1.8 billion in Q3.

“In a world where people value quality, brand-safe advertising environments, native offers them this aggregation of scale, quality and brand safety in one place, where they can get a great return,” said Jeff Lucas, head of North American sales for Verizon Media. He joined Verizon in April 2018, four months before Tim Armstrong departed the company.

Microsoft itself seems to be shifting more of its advertising to native-style formats. Back in 2016, AOL started selling five new native ad types designed for MSN, with the goal to expand native formats to other places, including Xbox, in years to come.

Verizon Media couldn’t say how much of Microsoft’s total inventory is native, but MSN.com’s US inventory generally shows just two to three banner ads, with the rest of the ads in native formats.

Marketers are shifting dollars to native because the format performs, Lucas said. “Demand in the marketplace for native has been outpacing all other forms of product,” he said, adding that he talks to Microsoft multiple times a week and the two companies work together as close partners.

“Partnering with Microsoft enables us to bring together this premium inventory with our ad tech, quality content and the most diverse, verified data in the industry to connect marketers with their key audiences at scale,” added Verizon Media CEO Guru Gowrappan via email.

It’s not clear if Verizon Media won this inventory from another one of Microsoft’s ad partners. AppNexus, for example, handles some of Microsoft’s programmatic inventory, and Taboola and MSN signed a multi-year deal in January 2016.