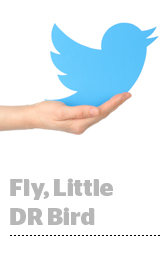 The direct response advertising that’s proven itself to be a resilient mainstay for other platforms during COVID-19 remains elusive for Twitter.

But that’s not for a lack of trying.

Twitter completed the long-promised rebuild of its ad server in the second quarter and is making progress on accelerating its performance ads road map, CEO Jack Dorsey told investors during the company’s Q2 earnings call on Thursday.

Dorsey pointed to Twitter’s continued work on its mobile app promotion (MAP) product and its recent acquisition of mobile demand-side platform CrossInstall, which is now complete, as examples of the work Twitter is doing to spur its fledgling app install business.

But the ongoing coronavirus pandemic, widespread economic disruption and civil unrest in the United States combined to have a negative effect on Twitter’s ad demand in Q2. Some advertisers, for example, slowed or paused their spending in Q2 during the Black Lives Matter protests between late May and mid-June.

“There was a lot happening in June,” said CFO Ned Segal, which is a bit of an understatement.

Overall, the second quarter was a marked improvement in terms of ad revenue when compared with Q1. The first quarter saw a 27% decline in ad revenue in the last three weeks of March related to the pandemic.

During the final three weeks of June, however, ad revenue declined by only 15% year over year, which Segal called a “significant improvement” compared with late March. Advertiser demand gradually started to tick back up after the protests subsided, he said.

Although Dorsey noted that Twitter’s performance road map remains a top priority, one of Twitter’s main challenges on the DR front is that it’s so far behind the other large platforms, from the old guard (Facebook) to the newbies (Snap).

And Twitter continues to experience growing pains on its quest to attract more DR bucks.

Total ad engagements in Q2, for example, increased by a modest 3%, which Twitter attributed to its continued mix shift toward new, more performance-oriented ad formats with lower clickthrough rates, such as the website clicks product and app install ads via MAP.

Segal said the lower performance ad engagement rate is due to the nature of direct response ads, where the threshold to be counted as an engagement is higher than in the brand world (e.g., a click or an install is harder to get than a view through).

So Twitter has and will continue to invest in making its ad products and consumer-facing features, such as topics and lists, more relevant. Relevance is “specifically how we think about MAP going forward,” Dorsey said.

According to Twitter, last week’s hack affecting around 130 high-profile accounts hit by a bitcoin scam, was “a very public and disappointing security issue.” But as long as Twitter is transparent, “we can work through these things with the people who use the service, with content producers and with advertisers,” Segal said.