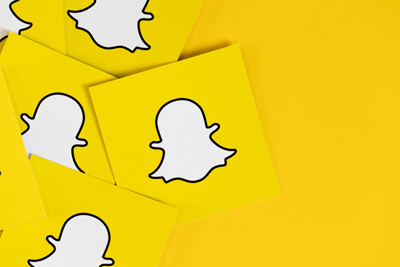 Snap had an all right Q2 but warned that the ongoing pandemic could impact Q3 ad demand.

Similar to last quarter, Snap did not provide guidance for Q3, although it did give investors some comfort by sharing its year-over-year revenue growth of 32% through July 19.

Snap is “cautiously optimistic” that the trend could sustain over time, but “also conscious that operating conditions remain volatile and that economic conditions could further deteriorate,” Snap CFO Derek Andersen said Tuesday during the company’s earnings call.

For example, Q3 ad demand is usually bolstered by seasonal events, such as the back-to-school season, film releases and live sports, all of which are highly disrupted this year.

“At this point in time it is difficult to predict how these factors will impact advertising demand in the remainder of Q3,” Andersen said.

Snap’s best estimate is that its Q3 revenue growth rate will level out at approximately 20%.

Following the onset of widespread shelter-in-place orders, Snap saw a big uptick in its daily active user base, which informed its Q2 estimate, but that boost didn’t sustain throughout the quarter. “This initial lift dissipated faster than we anticipated,” Andersen said.

Which is why Snap is forecasting a relatively conservative DAU increase for Q3 of somewhere between 242 million and 244 million. Andersen also pointed to tougher YoY comps for the third quarter. Q3 2019, for example, included the full benefit of an AR product launch in the previous quarter.

But while ad demand might be challenged for the rest of the year as the pandemic continues to wreak its uncertain havoc, Snap is starting to attract more advertisers to the platform overall, which was a challenge in the past.

“Our direct response business has proven resilient, and we continue to benefit from the growth in adoption of our goal-based bidding product,” Gorman said.

Even so, advertiser activity on the platform was a bit uneven throughout the quarter as some advertisers pulled spend for a spell or paused their spend in order to adjust their creative messaging to better fit the cultural moment.

But what about ad dollars that might be flowing over to Snap as a result of the Facebook ad boycott? The boycott officially started in July but already started to impact ad spending on Facebook in late June.

Although it’s hard to say exactly what effect the Facebook boycott is having on Snap’s revenue right now, Gorman said, Snap is seeing some benefit. The increased focus among marketers on more brand safe, transparent environments in general has “opened the door” for Snap to speak with CMOs about spending on Snapchat, she said.

But it’s also important to note that the majority of Snap’s revenue comes from augmented reality advertising, which isn’t necessarily what’s being pulled from Facebook. Snap’s AR and lens business is growing independent of the boycott, Gorman said.