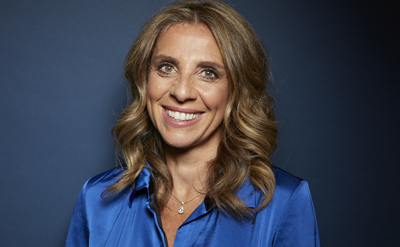 Everson, who served as VP of Facebook’s global business group, left the company in June after more than a decade and took a job as president of Instacart a few months later.

After Everson’s departure, Mendelsohn stepped in as interim head of the global business group, while continuing to serve as Facebook’s VP of EMEA, a role she held since 2013. (Facebook is now looking for a new VP of EMEA.)

Leading the global business group has been a pretty tough gig over the past few years.

A big part of the job is to serve as a liaison between Facebook and some of the largest brands that advertise on the platform. The role entails listening to their needs, communicating anything happening at Facebook that could impact their businesses … and, increasingly, soothing them when scandals break.

Everson, for example, was the face of Facebook’s public response to the miscalculated video metrics scandal in 2016, Cambridge Analytica, election interference, last summer’s advertiser boycott and other assorted brouhahas.

She also served as a CMO whisperer of sorts, managing relationships with blue chip clients behind the scenes.

In just the five months since Mendelsohn took over on an interim basis, Facebook has dealt with a major platform outage and the whistleblower Frances Haugen’s recent revelations in The Wall Street Journal, on 60 Minutes and at Capitol Hill.

Advertisers aren’t pulling their spend from Facebook yet, but there has been talk of another possible boycott, and the overall reputational damage is undeniable.

But Mendelsohn seems up for the challenge.

“One of the things I’ve always enjoyed most is sitting with businesses of all sizes and helping them figure out how to use our tools to help them grow – and how to do it in a way that serves not only their business goals, but equally the lives and livelihoods of the people behind them,” Mendelsohn said in a statement.

It’s been a summer of change at Facebook in terms of which advertising executives sit atop its org chart.

Everson landed at Instacart with now-CEO Fidji Simo, who was previously in charge of Facebook’s main app. In early September, Mark D’Arcy, Facebook’s chief creative officer and VP of global business marketing, stepped down after more than 10 years with the company.

David Fischer, Facebook’s CRO, is planning to leave by the end of the year. He’s been with Facebook since 2010.