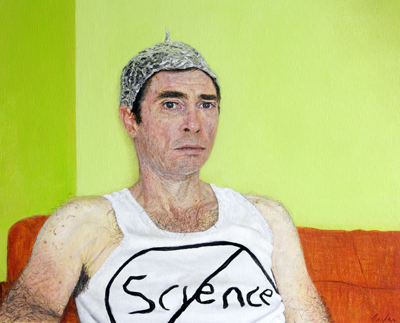 There’s no denying climate change – on YouTube and in Google ads, at least.

On Thursday, a week after banning anti-vaccine activists and accounts from YouTube, Google announced a new policy to prohibit the monetization of content that denies the existence of or effects related to climate change as agreed upon by authoritative scientific consensus.

The purpose of the policy update is to remove some of the financial incentive that creators have to make problematic organic content in the first place.

For good measure, ads that promote climate change denial will also be banned, although the lion’s share of the problem is related to the monetization of content that includes climate change misinformation.

Google will roll out the new policy in a staggered manner, first to YouTube publisher and creator monetization tools beginning in early November, and then to all of Google’s advertising products, including AdSense and Google ads, starting in early December.

The policy does not apply to ads or content monetization that focus on public debates about climate policy, discussion of solutions, the real effects of climate change, new research or otherwise constructive conversations or coverage of climate change-related topics.

But one might wonder why Google is making this move now.

Climate change denial isn’t a new issue and, as Google notes in its own blog post, the company has been hearing for several years from advertisers who are concerned about their ads running alongside or helping to monetize false information about climate change. Publishers are also wary of climate change propaganda ads appearing in their videos or on their pages.

Users, too, have been exposed to such videos through YouTube’s recommendation algorithm, which has pushed climate change misinformation videos. Google has been tweaking its algorithm in recent years to recommend fewer videos featuring misinformation.

Perhaps the timing is related in part to the annual climate change conference hosted by the United Nations, which is set to take place starting at the end of the month, from October 31 through November 12.

Google worked with experts from the UN’s Intergovernmental Panel on Climate Change to assess and tweak its related policies.

One must say “tweak” because banning climate change misinformation involved updating an existing policy rather than creating a brand new one.

Google already had a policy that prohibits content and ads promoting unreliable and harmful claims, including those to do with elections, AIDS denial and anti-vaccine advocacy.

In cutting off monetization for climate change denial content, Google is expanding the scope of that existing policy with more detailed information related specifically to the concept of human-induced climate change.

Google did the same when it updated its policy covering harmful health claims to include all anti-vaccine content – not just content related to COVID-19 – claiming vaccines can cause cancer, infertility, autism and other health problems.