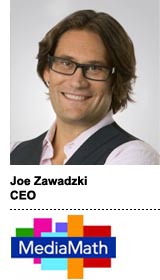 MediaMath is flush with cash and ready to ignite consolidation in ad tech.

Thanks to a $225 million investment by private equity firm Searchlight on Tuesday, MediaMath will end up with a $180 million cash infusion to spend on acquisitions and building new products.

MediaMath, whose flagship product is a DSP/DMP, used $45 million of the investment to buy out Safeguard, one of its early investors. And it has a right to purchase another $12.5 million of that stake in six months. Even if it uses that option, $167.5 million remains.

Acquisitions will likely happen in the next nine to 12 months, he said.

The company will also expand into connected TV and digital out-of-home, where Searchlight’s expertise will come into play.

The private equity firm has a history of investing in unique situations and supporting additional M&A actions, according to an industry source. Case in point: Its portfolio includes two telcos, Charter Communications and GCI, as well as inflight entertainment and digital out-of-home company Global Eagle Entertainment.

While telcos and cable companies know programmatic is coming, the tech is still more pipe dream than fully laid pipe. And they see the need for a DSP to address the market.

“They knew the asset class because they own Rackspace and owned Charter and a whole host of TV/cable operators and digital out-of-home companies,” Zawadzki said. “They knew what those companies were looking for and saw the opportunity to bridge between their existing portfolio and next-generation marketing approaches.”

Searchlight is known for helping its companies make successful integrations, and not just with identifying acquisition targets, Zawadzki said. “They drive as much rigor post-close as the do pre-close.”

Multiple acquisitions will result, Zawadzki said. The company has made almost a dozen acquisitions over the years, including smaller companies, so in a sense the investment is a “return to its roots,” he said.

Making acquisitions to transform and enrich MediaMath’s DSP/DMP offering may make the company attractive to a buyer. As a private equity investor, Searchlight would probably want an exit within one to five years.

Safeguard wanted out of its 20% stake in MediaMath back in January, amid internal turmoil.

Finding a way to buy out Safeguard’s stake was a six-month process, Zawadzki said, adding that AT&T’s acquisition of AppNexus was incidental to Searchlight’s investment. “It just happened in the midst” of the process, he said.

But an investment from a private equity firm, and not an acquisition, may mean there aren’t any suitable DSP buyers in the market.

“[Searchlight’s investment] may signal that no immediate M&A opportunity exists for MediaMath. If a deal was imminent, Safeguard would sell its stake to the acquirer,” said Elgin Thompson, managing director at Digital Capital Advisors.

Zawadzki wouldn’t say if the investment from Searchlight diluted the stakes of employees and early investors, and he declined to comment on how the structure of the deal affected other investor classes.

Taking an investment from Searchlight could have been MediaMath’s best – or only – option as it strategizes about what to do next in a market with heavy competition from The Trade Desk and Google.

“Who needs a DSP? Everybody. Who should own the DSP? The DSP,” Zawadski said, underscoring the need for a “world-class, independent enterprise stack.”