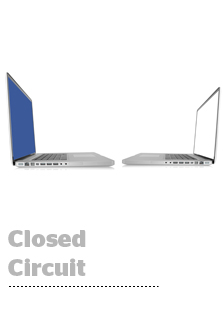 But under certain circumstances, a limited number of advertisers and agencies are tapping into impression-level Facebook campaign delivery data, AdExchanger has learned.

The data-sharing arrangements are euphemistically referred to as “clean rooms.” These clean rooms are safe spaces where insights derived from Facebook data can be coupled with an advertiser’s first-party data for attribution, measurement and modeling purposes.

“We and a partner combine a data set with very specific rules and controls around how each party can operate within the shared environment,” said Scott Shapiro, a product marketing director for measurement at Facebook, who noted that Facebook didn’t invent the clean-room concept.

The term “clean room” is most commonly used by the manufacturing industry in reference to secure environments for scientific research, semiconductor device fabrication or the production of pharma products. The word has also been co-opted to describe dust-free data recovery labs.

This is how it works in the advertising context: A marketer or agency loads a virgin computer or device – one that’s never been connected to the internet before – with its first-party data, like an email list, for example. A second clean machine on the Facebook side is loaded with impression-level and non-PII campaign data.

The machines can’t ever have touched the internet so that there’s no possibility of outside interference or interception of the data.

The proprietary data coming from Facebook is then combined with the advertiser’s first-party data, matches are made and the data is analyzed to extract aggregated insights that one or the other couldn’t gather on its own.

The phrase “clean rooms” conjures up a vision of government scientists in biohazard suits working silently in a lab with stark white walls. The actual process is a little more prosaic, but does usually involves both parties in the same physical room at the same time to share their data and run their analyses.

Although Facebook’s data never leaves the Facebook environment, the advertiser can pull campaign-level user insights which could be used to inform future campaigns.

Say an advertiser creates an audience based on first-party data, like a list of email addresses attached to specific consumers. The advertiser could push that list into Facebook, match it, grab a copy and use the combined data set as the basis for an attribution model.

It can also work the other way. Some advertisers develop their own in-house attribution model, but there isn’t a way to transfer that model securely into Facebook’s system. The clean room environment would allow that advertiser to apply its proprietary attribution model against Facebook’s campaign data set.

Facebook, of course, has to be circumspect in how it accommodates these buy-side requests. Aggregated user data tied to campaigns can be combined with an advertiser’s proprietary attribution model, but it can’t ever leave the Facebook system.

It’s also not in Facebook’s best interest to give too much data to advertisers, or to other parties, for that matter. Facebook’s power lies in its scale and access to identity data. But if Facebook turned over too much of its data, buyers may eventually become less reliant on it.

It’s not clear how many advertisers or agencies have taken advantage of a clean room setup with Facebook. AdExchanger spoke with execs at two large media agencies who are aware of the prospect.

Clean rooms are not yet a scalable solution on the level of Custom Audiences. The physical movement of data between devices in an undisclosed location by sophisticated data scientists is not the sort of thing one can easily productize, and Facebook has no plans to do so.

What the clean rooms do represent, however, is Facebook’s willingness, after certain pressure is applied, to accede to the demands of the buy side. Marketers have been complaining for years about the lack of insights they can get out of Facebook and the other walled gardens.

But to get the grease, agencies and advertisers need to make themselves into squeaky wheels.

“Attribution is all a series of hacks,” a senior-level agency executive told AdExchanger. “If you find a creative way to ask, ‘Can we put someone on your premises to work on your data in a way the data never leaves?’ there are things you can do.”