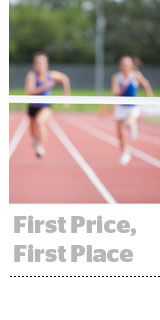 The second-price auction is crumbling.

All the major exchanges/SSPs – with the exception of Google AdX – are rolling out or are deep in experiments with first-price header bidding auctions.

All of these exchanges confirmed to AdExchanger that they run some first-price auctions.

For example, instead of collecting bids of $8, $5, and $3 and sending a $5.01 bid to the ad server, the exchange would send the $8 bid through, while making it clear to the buyer it was running a first-price auction.

By sending through the highest bid, the exchange has the best chance of winning against direct buys and Google AdX. But there are multiple flavors of first-price auctions in play right now, and some offer buyers and sellers more transparency than others.

Industry insiders say this trend is a prelude of things to come.

“In the next five years, the majority of auctions will move to transparent first price,” said Criteo’s EVP of global supply, Marc Grabowski.

Exchanges fiddle with clearing prices such that second-price auctions often close near the first price anyway. A $30 CPM bid might close at $29.99 or $28.50.

“Every exchange has some game they let you play with the auction dynamic that approximates a first-price auction,” said Eric Berry, CEO of TripleLift. “There are easy ways to plot first price vs. second price and see what shenanigans are happening.”

The tactics are widespread.

“We are seeing 25% to 30% on a daily basis closing on the first price,” said Lewis Rothkopf, GM of supply at MediaMath. “Philosophically, we are totally OK with it, as long as we know about it going in. But we see close to zero SSPs sending a first-price flag in the open auction environment.”

Many see switching to a first-price auction as the only way to start over and make programmatic auctions transparent to buyers and sellers.

A transparent first-price auction will squeeze the margins of ad tech players in the middle, and deliver more working media to the publisher. Buyers will finally know the rules of the game.

But the switch comes at a cost: It will force DSPs and buyers to change their buying strategies and build tech for a first-price auction. And with many first-price auctions still nascent and tests conducted in secret, the market is in a state of disarray and confusion, allowing opportunists to realize short-term gains at others’ expense.

Buyers who know they are bidding into first-price auctions often welcome the transparency.

“If it’s moving prices up, it’s doing so consistently, the buy side feels it’s something they can adjust to and optimize,” Michael Stoeckel, Prohaska Consulting’s VP of global tech strategy and publisher operations

But if programmatic traders think they are still playing according to second-price auction rules, they will overpay for inventory.

To combat price increases, some buyers have already started shading, or reducing bid prices. But that strategy comes with its own risks: Buyers will lose out on inventory they want if they submit too low a bid and the auction turns out to work with second-price logic.

Every SSP AdExchanger interviewed claimed to clearly communicate to buyers when they run a first-price auction, either through flags raised through the openRTB spec or direct conversations. But buyers say that these flags are misleading, inconsistent or absent. They often find themselves in first-price auctions they never opted into.

Buy-side programmatic consultancy Goodway Group has noticed more first-price auction behavior over the past year. “Our costs were rising too much for it to make financial sense for our clients,” said COO Jay Friedman.

So Goodway Group created a valuation algorithm that allowed it to more precisely calculate how much to bid. The algorithm will come up with a bid based on the likelihood that impression will drive a conversion and the client’s cost-per-acquisition goal, avoiding overspending.

CPMs decreased 10%, and performance increased by an average of 5% once it adjusted its bidding strategy.

Goodway Group’s efforts certainly paid off, but it also shows that programmatic buyers trying to adapt to first-price auctions must invest in new algorithms or use technology designed for very different auction rules.

“DSPs have always been set up to address second-price auctions,” noted Megan Cameron, director of media services at Merkle. “They haven’t built the technology to allows us to bid effectively in a first-price auction.”

Merkle buys within private marketplaces, and a few of those publishers run first-price auctions, Cameron said.

But Merkle has continued bidding as if participating in second-price auctions. Why? Adapting strategies and its DSP would be tricky and time-consuming, and so far it’s seeing the same results for clients. The agency expects it will have to re-examine that approach when first-price auctions become common enough they risk hurting campaign performance.

Redesigning a bidding strategy is more complex than it seems. If a buyer bids a $20 CPM and the average clearing price is $7, can’t the programmatic trader just set the clearing price as the first price?

No, because average clearing prices swing up and down based on market dynamics. Factors like time of day and user affect competition.

In a second-price environment, a trader can simply log in to the platform and see if the average CPM went up or down by 25 cents, but buyers will have to increase or decrease bids more frequently in a first-price environment. Otherwise, they risk seeing a campaign underdeliver, for example, if they don’t raise bids fast enough during a competitive time in Q4.

“In first-price auctions, you always need to bid at the value of the impression,” Merkle’s Cameron said. “We don’t have the fluidity to change and be responsive to the marketplace.”

Criteo, which has had to redesign its algorithms in order to test first-price auctions with SSPs, said they are more difficult to run.

“First-price bidding is a complex environment, where you have to pay what you are willing to pay, compared to a second-price where you reduce down,” said Grabowski of Criteo, which also created a first-price auction option for publishers this year. “For a sophisticated bidder, it could provide an advantage.”

At Magna Global, the effect of the switch from second-price to first-price auctions hasn’t been dramatic: It’s already pulled out of the open marketplace, where auction games are rampant. Instead of pushing for a shift to a first-price auction, the agency thinks it can gain transparency through direct relationships between buyers and sellers – a counterpoint to the current push to switch auction dynamics to gain the same level of transparency.

“Until trust is restored in the open exchange, there will be a push toward private exchange tactics,” said Jon Mansell, VP of marketplace innovation at Magna Global. “On the open market, the buyer is not in contract with the exchange. That’s why private marketplaces are so important, because there is accountability.”

What First-Price Auctions Mean For SSPs And Publishers

For the SSPs, a switch to a transparent first-price auction risks commoditizing their offering and throwing them into a price war, where each SSP has to lower their take rate to compete.

But while moving to a fully transparent first-price auction might hurt margin, it might be the only way for SSPs to survive.

Header bidding creates an auction before the final auction in a publisher’s ad server. Because of that inefficiency, SSPs who conduct a fair second-price auction in the header will hold less competitive bids for that final auction, and find themselves with alarmingly low win rates.

Being less competitive in the auction can have catastrophic implications for SSPs. Rubicon Project, for example, dubbed this issue “impression leakage” when it saw more competitive bids from header bidding steal its market share last year.

“If you can’t play [auction] games to make more money, there will be a price war,” said AppNexus CEO Brian O’Kelley. “It’s probably time for a price war.”

O’Kelley expects ad tech companies, including his, to take single-digit margins in the future, and phase out the “soft floors” associated with hidden margin. He said AppNexus’ margins – never publicly disclosed – are “significantly lower than public company take rates.”

AppNexus competitor Rubicon Project lowered its margins from about 25% to 19% during its latest earnings, and CEO Michael Barrett said he expects margins to stay in that range for the foreseeable future as the company becomes a high-volume, low-margin business.

But 19% might still too high because, in a first-price auction world, a Rubicon competitor with lower fees would win more impressions. If every exchange switches to a first-price auction, the exchange market will be commoditized. Companies staffed on comfy margins of 20% or more will be forced to make major adjustments to their business to survive.

Publishers will face the same adjustment challenges as buyers, but they will also reap the same transparency benefits. First-price auctions will free publishers from the hidden fees SSPs used to pocket.

And a first-price auction offers publishers a solution to the low bid density in second-price auctions that has driven down their revenue.

Because there’s generally less competition for a display ad than a search ad (where second-price auctions are successful), publishers often see an alluringly high $50 CPM bid clear just above a lowball $2 bid, leaving the publisher with just $2.01.

The quest to solve this low bid density problem is what led exchanges to implement flooring technology in the first place. And then header bidding led them to raise floors even further, to the point that all exchanges are considering getting rid of the auction type altogether.

Transparent first-price auctions promise to deliver more revenue to the buyer and seller and squeeze the margins of ad tech middlemen. The question now is if these new auctions will work as intended, or if they can be gamed the way second-price auctions were.