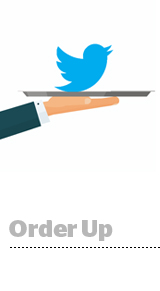 To that end, it’s in the process of deprecating legacy formats, including carousel ads, and investing in more DR-focused ad offerings, such as its mobile app promotion (MAP) product. Twitter plans to also retire other formats in the near term, but didn’t share details on which ones will get the can.

But in the here and now, Twitter marked its third straight quarter of profitability, with an 18% year-over-year uptick in overall revenue to $841 million, and $329 million in US ad revenue, up 29%. Total ad revenue clocked in at $727 million. Monetizable daily active users were up 14% YoY to 139 million.

Twitter attributed the strong quarter to its ongoing investments over the last couple of years finally starting to bear fruit, including making the service easier to use and devoting more resources to data science.

Many of those hires have been to support the team that Bruce Falck, Twitter’s general manager of revenue product, is building around him. Falck told AdExchanger last year that he’s actively looking for people who have a background in ad tech and “experience building big, complex ad platforms.”

The effort Twitter is putting into revamping its ad server will “allow us to move more quickly and try new things,” Segal said, as well as to “attract great people to the company who want to work on the latest technology.”

The ad server overhaul is directly tied to Twitter’s renewed focus on MAP, its mobile app promotion ad format, which has been a revenue driver in the past, but could always drive more.

“We believe we can deliver better relevance, help advertisers declare their objectives better, move faster and deliver stronger ROI for them,” Segal said.

That project is still in the works, he said, but Twitter is “working hard to make it happen.”

Total ad engagement increased 20% this quarter, a result of more use and better click-through rates. Cost per ad engagement was flat year over year, reflecting a mix shift toward what Twitter referred to in its shareholder letter as “higher value ad formats offset by improved CTRs across most ad formats and, to a lesser extent, mix shift toward video ad formats (which have lower CPEs and higher CTRs).”

In other words, Twitter inventory is still a steal.

As Segal has reiterated quarter on quarter for the better part of a year, Twitter continues to be more demand constrained that supply constrained. But DR ad options should be an attractant.

“As we move further down the funnel with ad formats, we think there is a lot more opportunity to help [advertisers] deliver,” Segal said.