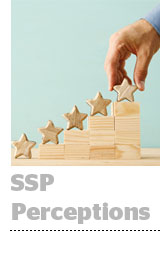 Google Ad Manager is the dominant SSP, according to Advertiser Perceptions’ 2018 Programmatic Intelligence Report. But, the 154 publishers surveyed also valued platforms in areas like proactively shared insights and reporting – categories where Google didn’t perform as well as its competitors.

“Google is the clear leader,” said Kevin Mannion, chief strategy officer at Advertiser Perceptions. “But publishers want partners that are going to help them find new ways to gain revenue and increase their margins. Those are the ones that are going to win – and we are seeing legacy SSPs step up in that regard.”

What do publishers value?

Publishers want to work with SSPs that help them make better decisions by sharing insights and reports proactively. Publishers listed that attribute as their top partnership criteria in the report – an area where Google ranked seventh, behind AppNexus, PubMatic, Yahoo, Rubicon, OpenX and MoPub.

“The SSPs that are gaining ground or moving back into favor are able to address these pivotal issues,” Mannion said.

Google also ranked seventh among its peers when it came to the availability of its reporting, which measured frequency and quantity of reporting. MoPub finished first.

But, Google ranked highly – right behind Twitter’s MoPub – in another area that publishers highly valued: protection against bad ads, bots and fraud. When publishers evaluate an SSP platform’s capabilities, publishers valued “visibility into accurate, available inventory” and private marketplace capabilities the most. The publishers rated MoPub, Yahoo and Google Ad Manager highly for inventory availability, and put PubMatic and Yahoo at the top of PMP capabilities.

Despite Google Ad Manager’s lower rankings in some of these categories, it still topped SSPs with its net promoter score of 52. PubMatic, AppNexus and Yahoo boasted scores in the 40s, and OpenX and MoPub scored in the low 30s. If publishers had to pick just one SSP, one in four would choose Google.

Which SSPs do publishers use?

Publishers on average used 2.7 SSPs, and planned to use 3.3 SSPs in the future [*see below]. That number is much lower than a recent STAQ benchmarking analysis of 22 publishers shown at Programmatic IO. Although a smaller group, those publishers used an average of 14.5 programmatic partners.

As for who was most used, Advertiser Perceptions found that most publishers used Google Ad Manager (42%) and, surprisingly, Yahoo for Publishers (31%). After that, the top seven most used SSPs were OpenX (30%), AppNexus (23%), MoPub (21%), PubMatic (20%) and Rubicon Project (19%). Index Exchange finished in last place, with 6% of surveyed publishers.

“I was a little surprised that Index Exchange wasn’t more prominent,” Mannion said. But in custom research Advertiser Perceptions conducted in the past five years, he’s seen similar results. “It’s not the first time we’ve seen Index Exchange as more of a second-tier player.”

That publishers had Yahoo for Publishers as the second-most used SSP (31%), right behind Google (42%), stumped even Mannion – although he asserted Yahoo had an SSP.

Mannion noted Yahoo also ranked highly in Advertiser Perceptions’ first, unreleased SSP wave. One by AOL also appeared on the list, with 11% of respondents saying they had used the platform in the past 12 months.

“We think there was confusion in the marketplace about the Oath properties, and that’s part of the challenge,” Mannion said.

The type of publisher employees responding may also have influenced the results, because they might have different visibility into their ad stack structure or perception of different programmatic partners.

45% of people responding were in ops, and 55% in sales; Mannion said results differed by role. 62% of those surveyed were VP level, and the remaining 32% were in director/supervisor roles.