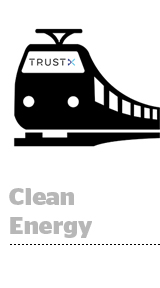 When TrustX launched in September, David Kohl was nervous.

“One of the fears is that we would find ourselves in a situation where buyers were making demands that were ultimately not panning out to be so good for the sellers or that sellers would put something into the marketplace that wasn’t interesting to buyers,” said Kohl, TrustX’s CEO and president.

The idea behind TrustX is to create a programmatic exchange as an oasis for premium supply and demand. Publishers offer their inventory with a human-viewable guarantee as verified by Moat and advertisers are meant to pay a fair price for quality.

The experiment is starting to prove itself out.

Trading kicked off in beta about seven months ago, and advertisers are ponying up to pay CPMs commensurate with quality, Kohl said. Activity is also gaining steam as more publishers go live on the exchange.

Of the 35 publishers that have committed themselves to trying TrustX, 16 are actively trading, including Hearst, NBCU, CBS Interactive, The Washington Post, New York magazine, Univision, Viacom, A+E and The Atlantic. Kohl expects four more publishers in the pipeline to make their inventory available by the end of the year.

Between mid-September and mid-November, TrustX experienced an elevenfold increase in the number of ad impressions served and a twelve-fold increase in ad spend with compatible levels of publisher revenue. TrustX cleared more than 1 billion impressions so far this month.

But Kohl is expecting the nut to really crack open now that TrustX is live with The Trade Desk.

The integration was completed about a week and a half ago. MediaMath is also on the TrustX roster, as is DoubleClick Bid Manager through a partnership with BidSwitch. A plan to connect directly via DBM is purportedly in the works, although the process is moving too slowly according to some publishers.

Although agencies and advertisers expressed early interest in the notion of what TrustX was selling – clean inventory in a well-lit marketplace – they needed the pipes in place to make it work it for them. Multiple buy-side players told Kohl and his team they’d be down to trade – when the agency DSP of choice, The Trade Desk, came online.

And now the momentum is starting to accelerate with agencies like Magna and GroupeConnect, a specialized unit within Publicis dedicated to running media buying and strategy for Bank of America.

“It’s always best when the technology working directly with the publisher is also directly integrated with the buying platform we’re using,” said Jon Mansell, VP of marketplace innovation at IPG-owned Magna Global, which is in the process of testing TrustX on behalf of clients.

Magna is agnostic, Mansell said. If the results are there and TrustX is able to meet KPIs, the demand will follow.

“The tools are being put in place to bring that trust back so we can focus on business outcomes rather than ad tech costs and undisclosed fees and auction models,” Mansell said.

And that sets a tone for the industry, said Liane Nadeau, VP and director of programmatic media for GroupeConnect.

TrustX may be just one entity in a large ecosystem, but you’ve gotta start somewhere.

“Probably the biggest impact TrustX will make is pushing other SSPs to match what they’re doing and that’s going to be interesting,” she said. “We do want to consolidate the number of suppliers we buy from, but we also want an ecosystem with healthy competition among them. Advertisers need multiple publishers to maximize yield.”

But no bones about it, not having to pay for nonviewable inventory is a major bonus, Nadeau said.

Publishers stick their proverbial neck out with viewability guarantees, but the risk is far less if advertisers shell out in return. The quid pro quo is necessary for real transparency.

“There’s been a longstanding issue of the buck being passed onto the end of the supply chain, onto the advertiser,” Nadeau said. “But this is a new way of working, getting to a place where the CPMs may be higher, but the supply is clean. The hope is that advertisers are waking up to the fact that paying higher CPMs for something viewable and human is well worth it.”