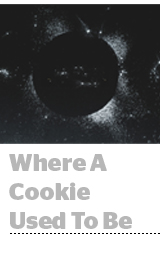 The IAB Tech Lab is shuttering the DigiTrust cookie-sharing program as of the end of July, the group said Wednesday.

DigiTrust was a platform for SSPs and publishers to sync cookies with DSPs, thus improving match rates and web latency. The non-profit org spun out of an IAB working group in 2014, and the IAB Tech Lab brought it back into the fold in 2018.

While it made sense for DigiTrust to exist within a neutral industry trade group, the clock has been ticking since Chrome announced it would deprecate third-party cookies in 2022.

DigiTrust is designed to aggregate third-party cookies, and Chrome makes up most of DigiTrust’s ID footprint.

So, where do the IAB Tech Lab’s online ad ID efforts go now?

“There are a variety of opinions, of course, but it’s still not clear,” said Jordan Mitchell, the founder of DigiTrust and now the IAB Tech Lab’s SVP and head of consumer privacy, identity and data.

Mitchell said the browser operators and operating system platforms (namely, Apple and Google) are “clearly pathing towards eliminating” the ability to track or target consumers across media and devices.

“The objective of Project Rearc, which has global, cross-industry support now, is to answer this question,” he said.