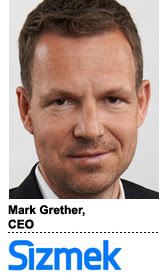 Many in the ad tech industry view demand-side platforms (DSPs) as commodities.

Sizmek is hoping to prove otherwise, as it took the wraps off a revamped buying platform Tuesday.

Made from the old Rocket Fuel DSP, the new offering, according to Sizmek CEO Mark Grether, has a more streamlined user interface than its previous iteration, offers a direct connection to Sizmek’s ad server and gives clients more control over how its artificial intelligence is used.

From a usability standpoint, the revamped Sizmek DSP tries to bridge the best of two worlds: The Trade Desk, which is renowned for being easy to use but not feature-rich, and MediaMath, which has a reputation for being complex.

And the direct connection to the ad server – which is rare for a buying platform not owned by Google – will also create huge operational efficiencies, said Axel Jonuschies, managing partner of global trading at GroupM.

The ad server is the backbone of every digital ad campaign.

“So, there’s no need to send around a tag or create the media plan within the DSP because you simply import everything from the system, which is connected,” Jonuschies said. “If you look at other systems that are not connected, there’s a lot of operational work and more human error.”

Finally, the AI developed by Rocket Fuel still exists in the revamped Sizmek DSP. The difference here is that ad buyers can decide how much budget they want being optimized by the AI, and reports delivered afterward will show what was delivered and in what way.


“In the former Rocket Fuel technology, it was more like you turned it on and used it, and the platform optimized everything on its own,” Jonuschies said.

Jonuschies has had a walkthrough of the new DSP, but he’s not tested it yet. He told AdExchanger that testing will commence in a few days.

“If it delivers the results that are promised, then it will become a strong DSP in the market,” he said. “And with the current acquisition in the market with DSPs, I think there’s also some space where they can sneak in.”

First, GroupM clients using the Sizmek ad server could be convinced to also use the DSP. Second, clients who haven’t embraced programmatic yet because they’re worried about the amount of work necessary to transition from an I/O model could be attracted to Sizmek’s streamlined UI and operational efficiencies.

While the US market is full of smart programmatic advertisers, Jonuschies indicated that there is more opportunity in EMEA, LATAM and APAC.

And Sizmek’s strategy is to work with agencies first, which isn’t a big surprise, given that CEO Mark Grether was co-founder of GroupM’s Xaxis unit.

“I have really strong relationships with all the agency CEOs,” Grether said. “I know them all really well. That’s helped us open the right doors and have strategic conversations. Nevertheless, we need to make sure we have conversations with every single trader to convince them of the benefits of our platform.”

Nevertheless, Sizmek still has steep hills to climb. Multiple sources have told AdExchanger that its parent company, the private equity firm Vector Capital, is looking to offload the ad tech company. (Grether deferred to Vector’s denial, when asked about the situation).

Having rebuilt its buying platform, Sizmek now must perform well in tests to convince agency holding companies to make it a preferred vendor, effectively siphoning ad spend from other major platforms such as MediaMath and The Trade Desk.

Bear in mind that the former Rocket Fuel CEO Randy Wootton spent his tenure trying to prove out the buying platform and strengthen relationships with the holding companies.

Now, under Grether, Sizmek seems to be doing the same with rebuilt tools.

But Grether had to rebuild that too.

“We had to rehabilitate the infrastructure,” he said.

Sizmek had to make the data easier to extract for reporting, although Grether said that was relatively easy, given his previous experience building tech at Xaxis.