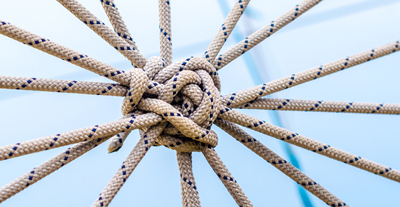 After first teasing it in November, Nielsen released its identity resolution solution for cross-platform measurement on Thursday along with a new cookieless mechanism for measuring campaigns across platforms.

The feature, called Identity Sync, serves the function of a pixel without actually being a pixel.

Instead of third-party cookies or device IDs, Nielsen’s ID resolution offering relies on the first-party identifiers that it’s able to access through direct integrations with publishers and advertisers.

Although scale depends on how many publishers Nielsen is able to sign up for its ID system, the sync allows Nielsen to collect multiple non-cookie IDs across devices and bring them together into a unified view of the path to conversions.

“Historically, pixels and cookies were great, because the barrier to entry is super low,” said Matt Krepsik, GM of product at Nielsen. “But the truth is, you never really know if you’re reaching real people, just that pixels are being fired.”

Although Google’s plan to sunset third-party cookies in Chrome is causing a lot of agita in the ad tech and martech ecosystems, it can also be an opportunity for the industry to grow up and develop more accurate, durable and responsible metrics, Krepsik said.

Buyers and suppliers are increasingly looking for “secondary guarantees on performance” beyond the classic reach and frequency metrics provided through Nielsen’s core currency, he said.

The trend goes beyond Nielsen. DoubleVerify also recently added a metric that helps advertisers optimize campaign performance by looking at a combination of ad exposure and engagement data.

Using its proprietary identifier, Nielsen connects the first-party CRM data it collects through its buy and sell-side partnerships in order to match individuals with ad exposures that occurred upstream tied to conversion events.

“And then our panel data works as a truth set that allows us to validate signals on both sides,” Krepsik said.

The best way to think about Nielsen’s approach to identity resolution is as a complement to other industry initiatives, including Unified ID 2.0, which Nielsen has signed on to support.

“We’re federating our ID across the advertiser and publisher ecosystem, including partners, because there isn’t going to be one ID to rule them all,” Krepsik said. “UID 2.0 is just a mechanism so that the ecosystem can continue to converse without using intermediaries.”

Although conceptually similar to what Tapad is developing with its Switchboard offering to link cookieless IDs together and help advertisers with reach, Nielsen’s identity resolution solution is exclusively focused on measurement and also takes advantage of Nielsen’s own proprietary data.

But a question remains: can Nielsen actually develop a currency for cross-media measurement that’s as ubiquitous as its currency for television?

“The medium of exchange is evolving and it’s an important evolution,” he said. “Currencies aren’t static, and neither is a company like Nielsen.”