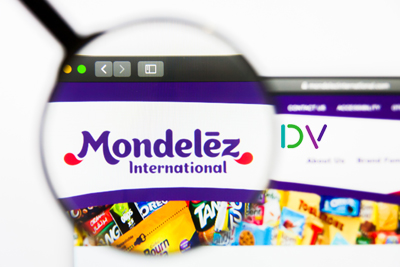 Performance measurement is a natural evolution of ad verification, according to DoubleVerify, which made its metric for measuring campaign effectiveness generally available on Wednesday.

The solution, called Authentic Attention, was in beta since January of last year.

To power the tool, DoubleVerify is repurposing the more than 50 data signals that it already collects to determine media quality, including viewability, brand safety and whether an ad was viewed by a real person in the intended geo.

DoubleVerify then splits this data into two buckets.

The first bucket is for ad exposure-related data, like how much space an ad takes up on the screen, how long it’s viewable and whether it’s audible. The other bucket is made up of engagement data, such as whether someone is interacting with an ad by mousing over it or changing the screen’s orientation.

That’s exactly how Oreo and Ritz cracker maker Mondelez has been using the tool, said Jennifer Brain-Mennes, director of global media strategy and planning for Mondelez and its customer experience lead for the Americas.

Mondelez started out working with DoubleVerify several years ago to ensure brand safety, brand suitability and generally verify a baseline of quality for its impressions.

“What we’re doing here takes that to the next level by making sure that the impressions we’re serving are at a level to impact performance and to understand if exposure on specific placements is really driving lifts in brand favorability, consideration and unaided brand awareness,” Brain-Mennes said.

Specifically, Mondelez and its agency VaynerMedia, want to drive higher consideration among people who don’t usually buy snacks by optimizing for exposure and engagement correlated with performance.

Vayner is primarily using Mondelez’s performance data to create exclusion lists to eliminate the lowest-performing site-level placements, to optimize creative and to determine if and when it makes sense to set up private marketplace deals.

Eventually, they will decide whether these optimizations can lead to actual sales, although Mondelez held off on running that analysis in 2020, which was a most “unusual year,” Brain-Mennes said.

“But once we determine the correlation, we can start scaling this approach across all brands and all campaigns,” she said.

Mondelez considers the DoubleVerify performance metrics as additive to its measurement regime as opposed to a replacement for marketing mix modeling or sales lift and brand studies.

“We’re always looking at media KPIs, like viewability, clickthrough rate, CPM or view-through,” Brain-Mennes said. “Now we’re thinking about how we can add consumer KPIs on top of that in order to drive campaign optimization rather than just doing post-campaign analysis.”