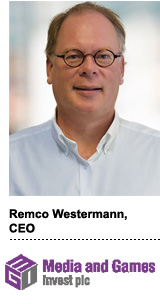 But there are still buyers out there for providers, including Media And Games Invest (MGI), the public German conglomerate that acquired mobile location company Verve earlier this week.

The last few years haven’t been kind to Verve. The company experienced multiple rounds of layoffs last year and closed its European business in April 2018, a month before the General Data Protection Regulation took effect. Verve had also raised $63.5 million – and investors were getting antsy.

But Verve “fits the profile for the type of company we like to acquire,” said Remco Westermann, MGI’s CEO.

“There are a lot of small companies that need to be brought into a bigger platform in order to become efficient,” Westermann said. Verve was a fit, because it’s got technology MGI lacks, including a DSP and DMP.

Verve sources most of its location data through SDK integrations and direct publishing partners. The company has partnerships in place with Associated Press, CBS, Flipboard, Pandora and ESPN, and buys media via Google AdX from The Weather Company and others. Some data comes from beacons via Verve’s 2016 Roximity acquisition and partners such as Foursquare. Together, Verve and PubNative have more than 500 SDK integrations that reach more than 600 million people a month globally, including 200 million in the United States.

AdExchanger: Will Verve actually drive revenue for you, and how?

REMCO WESTERMANN: We look at net revenue in our financials, not gross revenue, like media companies usually do. We expect in the low two digits of net revenue to come as a result of the Verve acquisition. As a company, we’re growing 30% year over year, and Verve will add to that.

Verve was under financial stress when we took it over. They were loss making, but there are a lot of ways for us to help Verve speed up, and we expect them to generate profits in the first quarter, although they’re not profitable now.

One way is by filling empty positions on their sales team. Verve was investing a lot in its technology, but didn’t have the skill to bring it to market. Connecting Verve into Google’s programmatic exchange will also drive revenue in the United States. And during the due diligence process we detected products they hadn’t finished the UI for, such as an enterprise services product with some big supply partners. We can put a few developers on that and roll it out more widely. Look into any company, and you will find things you can do better.

This is all well and good, but location data increasingly has a reputation problem – it’s a privacy hot potato. Why buy a company focused on location data?

We’re based in Germany, and we know about GDPR. The same thing is starting to happen in the United States with CCPA. When it comes to location data and privacy, the issue is usually communication. There have been many negative articles, often to do with consumers not being told how their data was used, which doesn’t feel right. Our job is to make people aware of what’s happening.

I don’t disagree that there are rules that need to be followed and that there is a psychological aspect here for consumers, that they feel like “Big Brother is watching you.” Companies have to learn to cope with this.

But why embrace location when others are actively distancing themselves from it?

Because location data is not bad, there just needs to be a certain advantage that consumers are actually able to realize from it, and that’s all about communication. It can’t be a black box. There is negative sentiment, but this is not the end of location data. People just need to be more careful about working with it. And I see an opportunity for companies who are seen as serious in the market and treating this data properly. The less serious players will drop out of the market.

Verve pulled out of Europe in part because the regulatory environment was “not favorable” to its “particular business model.” Is that no longer the case?

Verve has done work to make its product compliant with CCPA, and the same can be true for GDPR in Europe. I expect that we’ll have to make some changes, but we don’t see an issue offering this product suite in Europe, Asia and other countries.

When investors stop being as generous as they once were, you have to stop doing certain things, and in this case one of those things was their European expansion.

Did you get a good price?

Verve had been running a process for a while and was maybe overambitious on price at the beginning. In the end, they were in more of a hurry. It was a good deal for us.

This interview has been edited and condensed; updated Jan. 26 to reflect the nature of the relationship between Verve and The Weather Company.