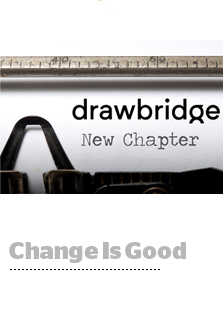 Drawbridge is one of the cross-device OGs, but it’s in the midst of a pivot.

The money, which brings Drawbridge’s total funding to $70 million, will be immediately invested into a product road map focused on non-advertising-related use cases, including analytics, risk detection and authentication and the infrastructure to support them.

Drawbridge is also planning a hiring spree to bring on engineers, business development folks and sales people that will increase headcount from 85 to a little over 100 by the end of the year.

“Profitability is not something we’re optimizing for,” said Drawbridge CEO Kamakshi Sivaramakrishnan, who noted a 250% year-over-year increase in the company’s annual revenue. “We’re focused on growth.”

But to grow, Drawbridge first had to shrink. In March, the company closed its media-buying group in Europe right before the GDPR enforcement date, and just two months later sold its US media business to location data platform Gimbal.

Ad tech is still where Drawbridge makes the core of its revenue, but it’s time to move on to what Sivaramakrishnan calls the “adjacent use cases” of identity.

The same data that’s handy for ad targeting or measurement could be used to predict anomalous behavior, for example, or to pinpoint fraud attempts or help investors anticipate device shipment trends.

Sivaramakrishnan said that Drawbridge already has several large international telcos using the Drawbridge identity graph to model their churn analytics, although she declined to share names or which markets they’re in.

And some markets are tricky for ad tech right now.

Beyond GDPR, which went into effect in Europe on May 25, the state of California will ring in 2020 with its own privacy legislation, the California Consumer Privacy Act.

But Drawbridge seems unfazed. The strategy in the EU is to offer its technology through a software licensing model for clients to either deploy on their own premises with their own consented data or as a hosted solution, somewhat like a private graph, but including some Drawbridge data. The responsibility for gathering consent, in theory, could be passed along to the client.

Whether that will fly with regulators, though – or whether brands or other companies will be into it – remains to be seen.

In the meantime, Drawbridge is seeking to expand into new markets, including Japan, China, India, Australia, other parts of Asia and Latin America. It’s already gained some traction in Japan through a partnership with Mitsui & Co., one of the largest trading houses in the country and one of Drawbridge’s strategic investors.

But although Drawbridge has its eye trained on new pastures, it’s not abandoning advertising.

On Monday, the company also shored up its relationship with LiveRamp. The two were partnered before, but the new deal makes it easier for brands to plug into the Drawbridge identity graph directly from LiveRamp’s IdentityLink platform.

Because as good as their data may be, sometimes advertisers just need scale, and that doesn’t necessarily mean having to sacrifice accuracy, said LiveRamp CMO Jeff Smith.

LiveRamp particularly liked a Drawbridge algorithm that analyzes the reliability of different matches and data signals to suss out which are more meaningful than others. If, say, an IP address shows up in a given location multiple times, that’s a fairly strong signal. If it just shows up once, that’s pretty weak.

“We see the conversation of probabilistic versus deterministic as a moot point,” Sivaramakrishnan said. “Now, it’s more about developing a high-quality identity solution.”