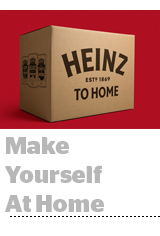 CPGs like Pepsi and Kraft-Heinz urgently need to develop ecommerce and direct-to-consumer business lines, whereas Anheuser-Busch InBev – having invested already in ecommerce – can now shift its media spend to support it.

“As you’re hearing from everybody else, ecommerce has become a high-growth channel at this point,” Pepsi CEO Ramon Laguarta said Wednesday during the company’s Q1 earnings call.

Pepsi will be reallocating money from other media channels and investments to ecommerce over the long term, Laguarta said, to retain customers who permanently shift from in-store shopping to ecommerce, grocery delivery and store pick-ups.

AB InBev, the world’s largest brewer and one of the biggest beverage companies, has the luxury of a head start, CEO Carlos Brito noted on the company’s Thursday Q1 call, and is now shifting marketing budgets from retail trade (in-store displays and co-marketing with retailers) to digital media.

“Things that we’ve invested in already, luckily, for the past five years, like direct-to-consumer, like ecommerce, have proven to be good decisions,” he said.

AB InBev started investing in DTC and delivery services with its ZX Ventures investment fund, and Brito said the company is “reaping the benefits” now. Zé Delivery, its delivery service in Brazil, had more orders last month than all of last year.

This shift to DTC is also changing the way AB InBev packages its drinks. Brito said the company is going to manufacture more of them in large packs, which are more efficient to ship and to sell online (where people buy in bulk, not one-off bottles).

Kraft-Heinz isn’t changing its overall marketing spend, but paid media will grow by 30% this year, as it moves budgets from channels like retail trade, said CEO Miguel Patricio during the company’s Q1 earnings call.

Kraft-Heinz is reorienting its B2B activities, like selling and marketing to restaurants, to accommodate direct consumer marketing. Oscar Mayer, for instance, can’t rely on in-store placements this summer and has shifted some of that budget to a Twitter campaign this month to get people to cook outside and share photos.

Heinz Canada launched a promotion this week were it will deliver 114 puzzles – an experiment that’s less about puzzles and more about warming up for DTC fulfillment.

Last month, Heinz created its first-ever DTC business line, bundling shelf-stable items like beans, spaghetti, condiments and soup for home deliveries in the United Kingdom. As with other DTC innovations right now, Heinz frames its home delivery service in the UK. as a public service, but it’s also a strategic bet, and British retailers have pushed back on Heinz because the DTC business will reduce availability in stores, and the Heinz-sold products have a cheaper price point.