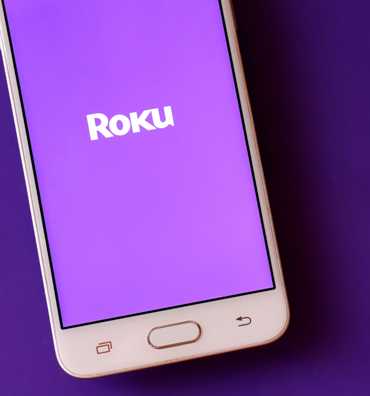 While the growth isn’t quite as high as last quarter (when it was up 34% YOY), it’s noteworthy that an even larger proportion of growth is thanks to streaming.

Roku added 1.1 million active accounts this quarter, bringing its base up to 61.3 million users.

Platform revenue, which was up 39% year-over-year and includes advertising, has long been a much bigger driver of net revenue than Roku’s hardware business.

“Ad-supported streaming services are a huge, growing part of the streaming ecosystem, and that’s demonstrated by the continued success we’re seeing with The Roku Channel,” said Steve Louden, Roku’s CFO, during the company’s earnings call on Thursday.

On average, active accounts streamed 3.8 hours globally in the first quarter, compared with the roughly eight hours of linear TV people watch a day, according to Nielsen. (Jeez, how do people get anything done?)

“So we’re about halfway there,” Louden said, implying Roku’s goal of going toe-to-toe with linear.

It’s not a completely unrealistic goal.

Louden cited a recent Nielsen report which found that, in terms of reach, TV streaming devices surpassed legacy pay TV devices (i.e., set-top-boxes and DVRs) this year by 2% within the 18-to-49 age demo.

But this upswing wouldn’t be possible without news and sports. Now that major live event programming is available to stream, “the last foothold of legacy pay TV in the US is eroding,” Roku declared, somewhat audaciously, in its earnings release.

Wait, though…Do you feel the breeze? It’s the headwinds.

Although platform revenue was up, player revenue (meaning Roku devices like smart remotes) fell steeply. Player revenue dropped by almost 50% since last quarter, down to $86 million, compared with $162 million in Q4.

Not to mention the ever-climbing cost of original content production, which Roku plans on doing lots of in the coming years.

“Supply chain disruptions are creating some headwinds in the US TV market as well as on [Roku] player costs,” Louden said. “We’re trying to mitigate this by continuing to innovate our products, asserting our scale and our relationships.”

But the fact of the matter is “the TV market in the US has been hampered by [manufacturing] prices and availability,” he said.

“Short-term macro headwinds are dwarfed by the long-term opportunity in streaming and scale,” Louden said.